Israel’s F-35I Adir: The Most Dangerous Fighter on Earth? 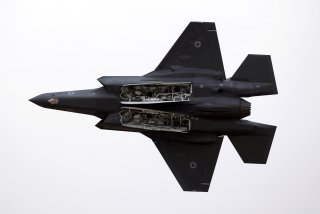 The F-35I Adir stands out among a crowded market of generic export models, offering a unique Israeli twist on the F-35 formula.

Israel’s interest in the F-35 jet program goes back to the early 2000s. By 2006, the Israeli Air Force (IAF) had explicitly committed to replacing its aging stock of F-16s with a procurement of at least one hundred F-35A aircraft. But Jerusalem’s F-35 ambitions were not without their detractors; prime among them, a coterie of domestic defense giants who maintained that the costly export deal posed a threat to the growth of Israel’s defense industry.

Finally, a tacit compromise was struck in the early 2010s: Israel would proceed with its F-35 acquisition, but only with the extensive involvement of its local defense contractors. This created something of an unorthodox arrangement given that F-35 export models ship out with very few significant country-specific modifications. The Pentagon, after all, loathes to allow even the slightest foreign changes to F-35 export batches. There are a handful of notable exceptions, though; British F-35s will be specifically compatible with the European-made Meteor air-to-air missile, while Norwegian and Australian—as well as potentially Japanese and South Korean—models will be compatible with the Naval Strike Missile from Norwegian manufacturer Kongsberg.

Still, the IAF is eyeing a much more ambitious set of changes than merely additional weapons. In essence, Israel’s defense establishment seems to have little faith in the long-term viability of the F-35’s stealth performance. “We think the stealth protection will be good for 5–10 years, but the aircraft will be in service for 30–40 years,” a senior IAF official told Aviation Week. Rather, the IAF is more interested in the F-35 as an advanced electronic warfare (EW) platform: “so we need electronic warfare capabilities that can be rapidly improved. The basic F-35 design is OK. We can make do with adding more software.” The U.S. government was not at all enthused with the idea of Israeli avionics modifications to the F-35 jet, so Jerusalem made a counteroffer: rather than changing the F-35’s core systems, the IAF’s EW tweaks will be layered on top of the fighter jet’s existing avionics. Israeli Defense contractor Benni Cohen compared it to an iPhone app, unobtrusively integrating itself with the F-35 jet’s present software suite to provide enhanced capabilities. Changes include special, IAF-tailored helmet-mounted displays, bespoke datalink functionality that’s specific to Israel’s armed forces, and additional enhancements to the F-35’s already-potent data gathering and processing capabilities—these tweaks are significant enough to warrant the “I” designation, making the F-35I one of few just a handful of formally acknowledged F-35 variants.

As expected, the F-35I will carry Israel’s SPICE-1000 bomb kit. Israel is pushing for even greater concessions from the Pentagon, including authorization to independently conduct heavy maintenance work and some significant external modifications, though the precise nature of the current F-35 contract arrangement between Jerusalem and Washington remains ambiguous.

Israel has, so far, ordered fifty fighters. As per the procurement negotiations, the first nineteen will be standard F-35A models—the following thirty-one will adhere to the F-35I standard.