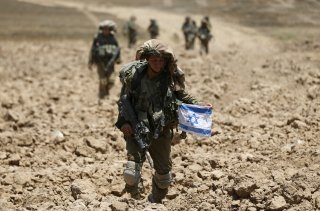 On the last day in October Israel began a nationwide drill that saw the country preparing for a crisis on the homefront while having to face possible rocket barrages from Hezbollah. The idea was to learn lessons from the May 2021 war with Hamas in Gaza and see how the country can best respond to both rocket salvos and possible sectarian strife amid cities in Israel. This is because the May conflict spawned riots between Jews in Arabs in some localities.

Other issues are facing Israel as well. Iran has accused Israel and the United States of a recent cyberattack on its gasoline network and Israel is now drilling for the possibility of facing cyber threats as well. The week-long drill that began on October 31 was about facing Hezbollah and massive missile barrages that could see thousands of rockets rain down on Israel.

Two weeks before the nationwide drill the countries Israel Defense Forces (IDF) were also putting one of its infantry brigades through a special drill that brought together the Givati brigade as well as the Armored Corps, the Artillery Corps, the Air force, Intelligence and Engineering units. This included thousands of soldiers with a brigade combat team of Givati fighters working alongside armored and artillery units to practice the kind of multi-dimensional and combined arms fighting that Israel wants to bring to the forefront in future conflicts.

This isn’t the first drill like this, there have been other units trying to fine-tune the new tactics and strategy. Last year Israel’s Golani infantry brigade practiced alongside the 7th Armored Brigade in the Golan. This October it was the Givati units using the new Namer armored personnel carrier. Golani has Namers already, and Givati is the second brigade to use the sixty-ton vehicles. The look of the vehicles is familiar in Israel because they are based on the Merkavi IV tank chassis. The heavily armored vehicle was supposed to replace Israel’s aging M113 APCs and provide brigades with a new vehicle for future wars. It’s not the only vehicle Israel has been rolling out. Israel is also working on a future armored fighting vehicle called the Carmel program which in the beginning will mean adding new technology to the Eitan armored vehicle. The Eitan vehicles moved into serial production with the Armored Vehicles Directorate in the Israel Ministry of Defense on February 9, 2020, according to the Ministry.

While Israel awaits the developments of the Carmel program, the Givati soldiers were able to conduct a drill with the Namers. A soldier involved in the drill described the excitement of drilling alongside the large, armored vehicles and combing operations with them. This will improve protection and transport for soldiers in future conflicts. The exercise lasted from October 17–21.

The drill took place in northern Israel between the area of Rosh Pina, which overlooks the river Jordan, and the hills of the Golan around Katzrin. This area of the Golan has long been a frontline in Israel’s wars, particularly in 1967 and 1973. It is still dotted with old minefields and also old forts that were used in the 1960s and 1970s. Charred tanks and APCs from those wars against Syria also mark the landscape. Israel uses this area frequently for training and there are armored units based along the main roads. A mock village and other training facilities can be seen from roads, as well as the new wind turbines that now dot the crest of the Golan, designed to harness the wind. This is a landscape of contrasts, from the apple orchards of Druze villagers near the Syrian border to the heavily armored units practicing and percussion of artillery.

The recent training simulated combat with the Namers and was the first time the entire brigade had trained in this manner with the vehicles, according to the IDF.