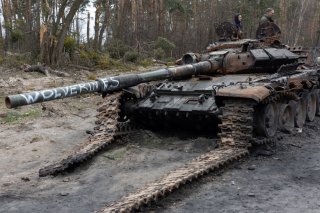 In the wake of the Russian invasion of Ukraine, there is renewed interest in anti-tank guided missiles (ATGM). Ukrainian forces have been enthusiastic about using ATGMs from the get-go. From the Next-Generation Light Anti-armor Weapon (NLAW) to the FGM-148 Javelin, Ukrainian forces have decimated Russian tank power by successfully deploying an asymmetric engagement tactic. Ukrainian troops often take cover under dense canopies and use drones to survey the streets. When a Russian tank approaches, they use ATGM systems to disable or destroy it. As dismounted infantry, they can quickly immobilize multiple Russian tanks before being forced to change positions.

For some perspective, the Soviet-Afghan war lasted nine years and about 150 tanks were lost. Azerbaijan recorded the loss of 250 Armenian tanks during the forty-four day 2020 Nagorno-Karabakh War. In the seven months since the start of the Russo-Ukrainian War, Russia has lost over 1,800 tanks.

A large part of this must be attributed to ingenious Ukrainian tactics. Battlefield videos often show that when a Russian tank comes under attack from an ATGM, the tank would move away from where the Ukrainian missiles were fired. This meant that the tanks would expose their rear to Ukrainian attackers, increasing the tank’s vulnerability to further attacks.

Russia has also been reluctant to bring its air power to bear on the battlefield. As a whole, Russian operations and tactics have relied on their tanks to support infantry advances. But Ukrainian troops have successfully adapted by using ATGMs and unmanned aerial vehicles (UAVs).

Yet, surprisingly, the star of the Russo-Ukrainian War, the FGM-148 Javelin, is not the ATGM that other countries are looking to acquire. Instead, the talk of the town is the Israeli Spike ATGM, especially its non-line of sight (NLOS) variant that has a fifty-kilometer range. The spike is man-portable and can be vehicle-launched, helicopter-launched, or launched by fixed-wing aircraft.

Created in the 1970s by the Israeli firm, Rafael Advanced Defense Systems, the Spike ATGM has been in service with the Israeli Defense Forces (IDF) since 1981. Currently, its fifth generation is under development. Spike has been a trailblazer for ATGM systems. It pioneered television-guided missiles, which existed in aircraft and were the first for surface-to-surface engagement. Initially, the Spike used a fiber optic cable to relay the data to the operator to guide the missile toward its target. Its long-range variant uses a radio frequency (RF) data link.

The Spike family has been able to combine the best of other offerings. It can either use a wire to visually accompany the target, an infrared (IR) homing head, or both. It mimics the Javelin in its lofted trajectory but can also be fired in the line of sight of the launcher. The Spike ATGM family offers the choice to fire at targets from fifty meters or fifty kilometers away. Its Spike Extended Range (ER) variants feature a four-missile cell launch container that can be integrated into helicopters and drones.

The Spike missile not only has a lock-on after launch (LOAL) feature but also a soft launch ability. Soft launch enables firing from confined spaces by preventing the rocket motor from firing. The cornerstone of the Spike has been its Spike NLOS, which can hit targets from up to fifty kilometers away. This sixth-generation latest variant, unveiled only three months ago, showcases a salvo feature that can launch up to four missiles simultaneously.

Although the Spike ATGM costs about $30,000 more than the Javelin, it has been acquiring customers left and right. In 2014, India snubbed the Javelin to purchase the Spike NLOS. The primary tipping factor was the technology transfer under which Indian Bharat Dynamics Limited (BDL) was to act as the integrator. Although this deal fell through, the potency of the Spike missile was not missed on the Indian side, which imported the medium-range Spike MR in 2019. In 2020, India also procured the long-range variant, Spike LR.

Israeli licensing eagerness is not confined to India. Poland also secured a licensing deal under which Poland’s ZM Mesko produces certain parts that featured in the Polish adoption of the Spike LR. Rafael is now pitching its Spike LR 2 to the Serbian market, where it works with the state-owned firm, Yugoimport-SDPR.

However, to exclusively relegate the success of the Spike export to its openness for licensing is a disservice to its abilities. The Javelin missile can be ready to fire in thirty seconds and takes about twenty seconds to reload. The short-range Spike SR only takes a mere six seconds to be prepared to fire. Beyond minor differences, relative similarities between the systems add to the appeal of the Spike family. But because the Spike can be licensed and produced domestically while the Javelin can only be imported, the choice for many countries is clear.

In the ever-changing landscape of modern conflict, ATGMs have been decisive. Ukraine’s adaptation of tactics to twenty-first-century tools, such as the ATGM and UAV drones, should push all armies to rethink their approach to combat. Western sanctions on Russia have made everyone acutely aware of the fragility of global supply chains. The Spike family offers a solution to both maladies.