JADC2: How the Army Is Making Data a Weapon of War 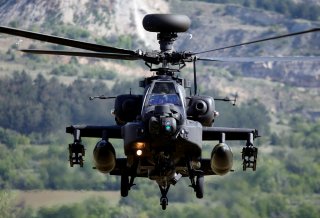 For decades, the U.S. military has been experimenting with technologies designed to network the joint force in real-time across multiple domains, using satellites, software-programmable radios, datalinks, and wireless computer interfaces. While there have been varying degrees of success over a period of many years, the Pentagon and the military services are now arguably at a breakthrough point with the Joint All Domain Command and Control (JADC2) program.

The initiative calls upon all of the military services to develop and integrate service-wide and multi-service networking and technical interfaces to enable the secure yet seamless sharing of information across multiple combat nodes in real-time. The idea, for instance, is to allow a Navy surface warship to share targeting specifics and intelligence information with Air Force fighter jets, unmanned systems, and ground combat nodes through a common set of interoperable standards, all while maintaining critical security and information assurance. The Army’s contribution is through a series of breakthrough experiments called Project Convergence, which uses artificial intelligence (AI) enabled computer algorithms to match sensors to shooters and massively reduce the time needed to find and destroy an enemy target. The Navy effort, called Project Overmatch, is similar in concept and has been evolving for years through programs such as Ghost Fleet, in which groups of unmanned systems operate in close coordination with one another with growing levels of autonomy.

“You've heard a lot of talk across the department about JADC2. The Deputy Secretary of Defense is eager to make sure that we're pushing forward in the right way. It's a combination of a couple of different areas. First, it's making sure that each service understands their contribution to JADC2 capability as part of a joint force, and the Army is eager to support that,” Gabe Camarillo, the Under Secretary of the Army, told the National Interest in an interview.

Much of the speed of data processing, information organization, and analysis is increasingly enabled by AI. However, connectivity needs to happen through common technical standards, sets of internet protocols, and interfaces able to securely move data from one format to another across multiple domains. Much of this can be accomplished through “gateways,” systems that can “translate” data from one format into another. Target data arriving through radio frequency, for instance, can be converted into a format for transmission through a different datalink, GPS, or wireless computing technology.  This kind of connectivity is critical for getting time-sensitive information to what Camarillo referred to as the “tactical edge.”

“We are working to share command and control data at the right echelon with our joint partners and our coalition partners, whether it's making sure that we provide the transport requirements that are needed all the way down to the tactical edge, to ensure that the network is there to move the data around,” Camarillo said.  “We want to ensure that we can demonstrate the interoperability of our weapon systems through multiple key nodes and at the correct right level to make sure that we do the right handoff with our joint partners and allies.”