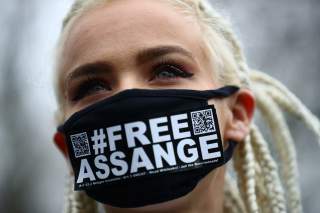 Today is the start of the extradition trial for Julian Assange, the publisher who founded Wikileaks in 2006. Starting in June 2012, Assange holed up in the Ecuadorian embassy in the United Kingdom to avoid persecution for publishing secret U.S. diplomatic cables and war logs. His asylum status was revoked in April 2019, and he has since been jailed in Belmarsh high-security prison. His current trial will decide if he, and Australian citizen, will be deported to the United States to face prosecution under the Espionage Act of 1917.

Assange was given the documents by U.S. Army intelligence analyst Chelsea Manning in 2010. The release of the Iraq and Afghanistan war logs, which exposed war crimes committed by the U.S. government including a collateral damage video, was perceived negatively by government authorities and damaged American reputation. Manning was sentenced to thirty-five years in prison, seven of which were served before she was commuted by outgoing President Barack Obama in 2017. Manning was sent back to jail in March 2019 for contempt in front of a grand jury for refusal to testify against Assange.

Protestors gathered outside the courthouse today, angry at the treatment Assange has received in prison and in court. Eyewitnesses have described him in ill health, physically and mentally. Last week, the British medical journal The Lancet published an open letter representing an organization of 117 physicians and psychologists from eighteen separate countries.

“Should Assange die in a UK prison, as the UN Special Rapporteur on Torture has warned, he will effectively have been tortured to death. Much of that torture will have taken place in a prison medical ward, on doctors' watch. The medical profession cannot afford to stand silently by, on the wrong side of torture and the wrong side of history, while such a travesty unfolds,” the letter reads.

Similarly, a petition was taken up and signed by 1,200 journalists from 98 different countries affirming that what Assange did is regularly journalistic practice. “If the U.S. government can prosecute Mr. Assange for publishing classified documents, it may clear the way for governments to prosecute journalists anywhere, an alarming precedent for freedom of the press worldwide,” the petition warns. “Julian Assange has made an outstanding contribution to public interest journalism, transparency and government accountability around the world. He is being singled out and prosecuted for publishing information that should never have been withheld from the public.”

Supporters of his prosecution say his intentions were not the public good but to weaken the United States, and that Wikileaks’ release of documents endangered people’s lives. The government has admitted to having no evidence anyone was harmed as a result of Wikileaks. Others have criticized Assange for releasing emails leaked from the Democratic National Committee during the 2016 presidential election. The charges against him are unrelated to the events of that year.

If extradited, tried, and convicted, Julian Assange could be sentenced to up to 175 years in prison.