Kadhimi Should Defend Iraq's Sovereignty, Not Help Its Abusers 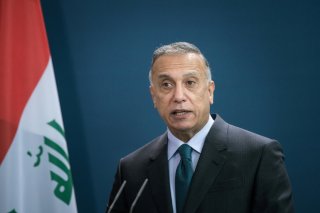 Iraq is under daily assault. As Turkey demands more F-16 fighters from the United States, it uses its existing supply not to target the Islamic State or defend its borders and waters from potential Russian aggression, but rather to target Kurdish farmers and Yezidi villages in Iraq. When I visited the Sinjar region in December 2019, UN officials warned me to be back before dark; the problem was not anti-American militias or Islamic State terrorists, but rather haphazard Turkish bombardment.

Over the last month, the situation has worsened. The Turkish military has moved from regular bombardment to a ground operation and now seeks to sever roads connecting Sinjar in Iraq to Kurdish-populated areas in Syria.

On April 27, 2022, the Kurdistan National Congress (KNK) accused Turkey of using chemical weapons, including tabun, chloropicrin, and mustard gas, in specific towns and villages between April 14 and 17, and urged the Organization for the Prohibition of Chemical Weapons to investigate. If confirmed, the Turkish attacks would mark the first use of chemical weapons in Iraq since Iran allegedly used mustard gas-filled 130-mm mortars thirty-five years ago near Basra, and since the late dictator Saddam Hussein ordered the chemical bombardment of Halabja in 1988.

Unfortunately, the Iraqi leadership appears uninterested in fulfilling its core mission to defend the territory of Iraq and to protect all Iraqis, regardless of their ethnicity or religion. Iraq’s current electoral deadlock compounds the problem, but the greater issue is political cowardice.

Iraqi society is substantially different than what most Americans who served during the war experienced. Almost 50 percent of Iraq’s population was born after the U.S.-led war to oust Saddam Hussein. While Iraq’s political blocs once deflected criticism by promoting religious or ethnonationalist solidarity, such tactics are no longer able to distract the public’s frustration with self-dealing politicians, corruption, and a state that might be among the world’s most affluent but whose infrastructure continues to deteriorate.

These grievances—exacerbated by frustrations with militias answering to foreign powers who have trampled upon Iraqi law and insulted Iraqi sovereignty—led to protests that forced Prime Minister Adil Abdul-Mahdi’s resignation and enabled Mustafa Kadhimi to rise to Iraq’s premiership.

Kadhimi blew his opportunity. His focus on his own re-election led the prime minister to compromise with the same corrupt political forces whose reform was the only basis of Kadhimi’s political legitimacy. If anything, the corruption and horse-trading that paralyzes Iraqi politics is worse today than before Kadhimi took office. Fear that Iranian-backed militias might escalate any crisis into a full-fledged civil war also led Kadhimi to do only the bare minimum on security. While Kadhimi’s team says he has steered Iraq to a more solid financial footing, they cannot produce the data to support this. More likely, Kadhimi’s only stroke of luck has been record-high oil prices that allow him to delay substantive reform and austerity.

Kadhimi is a good man who is liked in the West due to his days as a human rights researcher and journalist. Ineffectiveness chips away at his reputation, however. To visit Turkish president Recep Tayyip Erdoǧan and parrot the Turkish leader’s paranoid accusations against Kurds in Sinjar suggests Kadhimi has abandoned principle. So too has his retaliation against journalists.  Erdoǧan may vilify groups he associates with the Kurdistan Workers Party (PKK), but he is increasingly alone in his assessments, legacy designations notwithstanding.

The Iraqi government in Baghdad controls the region between Sinjar and the Syrian border now under Turkish assault, not the Kurdistan Regional Government (KRG) in Erbil. Turkey has also moved increasingly into the Bashur region with the acquiescence of the Barzani family, which entered into an unholy alliance with Erdoǧan. Local Kurds estimate that Turkey now controls up to a third of the Bashur region and suspect Ankara aims to expand its control. Turkey has already shown its playbook in Afrin, a largely Kurdish district Turkey seized in Syria and subsequently ethnically cleansed.

It is time for Kadhimi to act. Turkey entered Cyprus and never left. It entered Syria and never left. Ethnic hatred and Turkish irredentism rather than counterterrorism motivate Turkey’s current military operations in Sinjar and Bashur. While the KRG enjoys constitutional autonomy, that autonomy does not allow it to sell Iraqi territory to a foreign power.

Kadhimi’s failure to respond to a neighbor’s invasion is a dereliction of duty that future generations of Iraqis, Iraqi Kurds, and the broader Kurdish community now subject to Turkey’s aggression are unlikely to forgive.