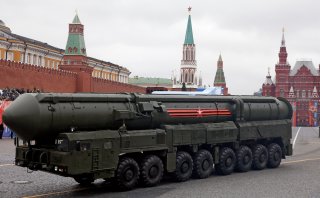 In the past two months, a diplomatic offensive has put Kazakhstan at the center of Eurasian diplomacy and strengthened nuclear cooperation between the United States and Kazakhstan. Today’s successes have deep roots: Astana’s three-decade-old decision to dismantle its nuclear arsenal was unprecedented. However, this farsighted policy is now bearing fruit, as the country remains an island of peace in a stormy region.

While ongoing international crises are leading to a resurgence in nuclear deterrence-based theories, Central Asia has no nuclear states. The support of the United States and Russia for Astana’s disarmament decisions and foreign policy formulated three decades ago is paying dividends.

The Kazakhstani government has had a few busy diplomatic months. In September, Pope Francis visited for a conference on global religions and, at the same time, Chinese president Xi Jinping visited on his first trip abroad in years to strengthen bilateral ties. The following month, Kazakhstan hosted a summit of the Conference on Interaction and Confidence Building Measures in Asia (CICA), while European Council president Charles Michel also visited the country.

Apart from these high-profile meetings, there were also equally important visits by U.S. nuclear officials. For example, in late September, personnel from the U.S. Defense Threat Reduction Agency (DTRA) visited Kazakhstan’s National Nuclear Center in Kurchatov, which “included Semipalatinsk Test Site (STS) visits and progress checks for ongoing work to upgrade physical security at the Baikal-1 and Impulse Graphite Reactor complexes.” A press release by the U.S. embassy in Kazakhstan noted that “these efforts reflect a joint commitment to nuclear security and nonproliferation.”

Shortly afterward, Jill Hruby, administrator of the National Nuclear Security Administration (NNSA), and Frank Rose, the NNSA’s principal deputy administrator, visited the Central Asian republic to discuss nuclear security issues with Kazakhstani authorities. “Cooperation on nuclear security and nonproliferation is a cornerstone of the strong relationship between our countries,” Hruby said. Moreover, she added that “our continued collaboration demonstrates our countries’ commitment to our strategic partnership to secure fissile material and counter nuclear material proliferation.”

A Historic Decision in Context

Hruby noted during her visit that “Kazakhstan has been an outstanding partner of the United States on nuclear security and nonproliferation for over 30 years.” This statement rings true. In the early 1990s, Kazakhstan, recently independent after the dissolution of the Soviet Union and led by President Nursultan Nazarbayev, took the historic decision to dispose of its Soviet-era nuclear arsenal.

This process involved unprecedented cooperation between Astana, Washington, and Moscow to move nuclear weapons from Kazakhstan to the Russian Federation and dismantle the Semipalatinsk test site and other facilities. As a result, 1,040 nuclear warheads for 104 SS-18 intercontinental ballistic missiles and 370 nuclear-tipped cruise missiles were removed.

Togzhan Kassenova’s Atomic Steppe: How Kazakhstan Gave up the Bomb explains Kazakhstan’s denuclearization process in detail. “That decision was made after the leadership considered security interests as well as economic, political, and diplomatic priorities. It [preserving nuclear material] was incompatible with how it wanted to present itself to the world decision-makers,” Kassenova said during an October event in Kazakhstan about her book.

Kazakhstan’s denuclearization had several positive impacts. Most importantly, humanity is all the safer. Removing the weapons of mass destruction (WMDs) drastically decreased the chances of them falling into the hands of violent non-state actors. Kazakhstan’s decision was followed by all Central Asian governments transforming the region into a nuclear weapons-free zone, with the Central Asian Nuclear-Weapon-Free Zone (CANWFZ) signed at the Semipalatinsk test site in 2006. Kazakhstan’s denuclearization informed South Africa’s own nuclear experience and helped refine nuclear inspection protocols. Many also see Kazakhstan as a practical model for denuclearization on the Korean Peninsula.

After Nazarbayev retired in 2019, his policy persisted. During his September speech at the United Nations General Assembly, Kazakhstani president Kassym-Jomart Tokayev emphasized nuclear security and cooperation. Kazakhstan’s tragic experience with nuclear testing during the Soviet era, when hundreds of thousands developed cancer and other diseases, led Tokayev to reiterate that “nuclear disarmament has become a key part of Kazakh foreign policy, and we will be continuously struggling for a world free of nuclear arsenals.”

Tokayev highlighted his concerns with “the lack of progress made by the NPT review conferences” and the “increased rivalry and rhetoric of nuclear states,” without mentioning specific governments. Only weeks after Tokayev’s speech, Russian president Vladimir Putin hinted at potential nuclear strikes against Ukraine, prompting global concerns about nuclear escalation in Eastern Europe.

Kazakhstan’s decision to dispose of its WMD arsenal is a reminder that when great powers cooperate, denuclearization is possible. Moreover, it is a practical policy with concrete material and political advantages.

Tokayev also noted that “elaborating new mechanisms to ensure disarmament and nonproliferation is a daunting task ahead.” While the current international nuclear treaty system has had many successes, there have also been several failures and ongoing challenges. Kazakhstan’s decision to dispose of its WMD arsenal is a reminder that denuclearization is not unimaginable. It is a practical policy with concrete material and political advantages.

Denuclearization has helped Kazakhstan enact a dynamic, multi-vector foreign policy and become a mediator with a diversified economy and a strong international image. The country hosts the headquarters of CICA, is the location for the signing of the CANWFZ treaty (mentioned above), and remains the only Central Asian state to be a member of the UN Security Council. While occasional tensions with neighbors are unavoidable, particularly given frictions around Ukraine, a disarmament and non-proliferation policy model crafted three decades ago continues to yield positive results for Kazakhstan’s international stature.

While total denuclearization by all current nuclear powers is infeasible, Kazakhstan’s experience should be a blueprint for reducing the number of nuclear weapons in the world and limiting their spread. The relevance is clear: with the cooperation of the great powers, Kazakhstan’s denuclearization laid the foundation for a nuclear-weapons-free Central Asia. Other regions, from the Korean Peninsula to the Middle East, could benefit from Kazakhstan’s model.

Wilder Alejandro Sánchez is president of Second Floor Strategies, a consulting firm in Washington, DC. He is an analyst that monitors defense, geopolitical, and trade issues in the Western Hemisphere, Eastern Europe, and Central Asia.