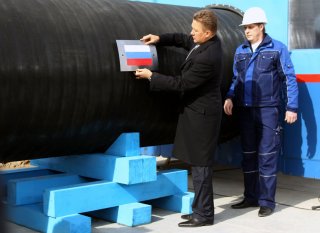 As members of the European Union (EU) continue to search for new sources of energy due to Russia’s invasion of Ukraine, countries such as Algeria provide a much-needed source of natural gas. Algeria’s annual natural gas exports reach almost forty million cubic meters, mostly through two pipelines that supply Spain and Italy. Until recently, Spain had high hopes of reactivating a key pipeline to bring even more Algerian fuel to the EU. However, Algeria complicated the issue last week when it banned Spanish imports. The reason for the bans? Spain’s decision to back Moroccan control over Western Sahara. Algeria has long supported the Polisario Front, a group that has agitated for Western Sahara’s full independence from Morocco since 1976.

If the EU hopes to secure Algerian gas, it’ll have to get Algeria and Morocco to come to the negotiating table and end the conflict.

The Western Saharan conflict has been largely dormant since 1991 when a UN-brokered agreement led to the end of the Polisario Front’s sixteen-year insurgency. The agreement stated that a referendum was supposed to take place the following year, however, no such referendum ever occurred, leading to the Polisario Front’s decision to renew its insurgency in early 2021. Algeria’s role in the conflict has been kept intentionally muddled. Algeria has repeatedly represented itself as just a concerned party or a mere observer of the conflict—all while continuing to host Polisario bases inside its borders.

With Spain’s backing of a Moroccan plan to grant Western Sahara autonomy under Moroccan rule and the Trump Administration’s recognition of Western Sahara as Moroccan territory, Algeria has become increasingly isolated. That makes further overtures to Algeria for natural gas supplies risky. The Maghreb-Europe (GME) pipeline that runs through Morocco to Spain has been shut since early 2022 in response to the Western Sahara dispute, slashing the ability of Algeria to get its gas to European markets. This comes at a time when Algerian production is on the rise. The two other pipelines could provide additional capacity to make up for GME’s closure, but any increase of gas exports has yet to happen.

Morocco and Algeria both have plans to facilitate transportation of gas to Europe. Morocco’s close proximity to Spain and existing infrastructure connecting it to Europe’s energy grid and Algeria’s role as Europe’s third-largest gas supplier should be a point of collaboration between the two countries. If Algeria and Morocco would work together to connect their pipeline networks, as well as be party to plans to expand pipeline networks into Nigeria and other West African countries, that could mean countries like Spain, Italy, and Portugal would be able to secure their own energy grids from Russian natural gas. Italy’s inking of a deal to secure a 40 percent increase in Algerian gas supplies shows that Algiers is willing to engage with European countries looking to wean themselves off Russian energy.

European countries should emphasize the massive economic windfall that Algiers can reap in becoming the gas supplier of choice for Europe. Algerian President Abdelmadjid Tebboune could use renewed energy deals to claw back the 5.5 percent economic contraction due to Covid-19 and buttress youth unemployment payments. Morocco and Algeria both have struggled with economic contractions and need capital to diversify their respective economies. Even limited collaboration between the two countries on energy is in Europe’s interests as well as their own. Algeria fomenting an insurgency in Western Sahara could increase wider regional instability, as five countries in West Africa have experienced coups in the last nine months.

Both the economy and the substantial youth unemployment rate are increasingly worrisome problems for President Tebboune. Collaborating with Morocco in the energy sector alone would facilitate economic relief for both countries and allow for greater integration of Europe’s energy markets with North African suppliers. An open insurgency is not in the interests of either country. However, energy exports could be a small opening to promoting stability in North Africa, while also securing an alternative source of energy for Europe.

Roy Mathews is a Contributor for Young Voices. He graduated from Bates College and has completed fellowships at AEI and the Cato Institute. He has previously been published in National Review Online, The National Interest, and RealClearEnergy.