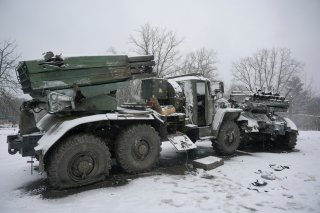 The Russian government has offered Ukraine terms of surrender in the ongoing war between the two countries, Kremlin spokesman Dmitry Peskov announced on Thursday.

Peskov said that Russian president Vladimir Putin had prepared to open discussions with Ukrainian president Volodymyr Zelenskyy concerning the end of violence in Ukraine and the withdrawal of Russian troops from Ukrainian territory.

Putin had two primary demands of Zelenskyy and Ukraine: a guarantee that Ukraine’s territory would not be used to deploy weapons, and a guarantee of Ukraine’s future neutral status – a guarantee that would ensure Kyiv remained outside of the North Atlantic Treaty Organization (NATO) military alliance that it has aspired to join in the past.

“The president [Putin] formulated his vision of what we would expect from Ukraine in order for the so-called ‘red line’ problems to be resolved. This is neutral status, and this is a refusal to deploy weapons,” Peskov said, according to the Russian state-run RT network.

Peskov claimed that these terms would allow for Ukraine’s demilitarization and “de-Nazification,” a charged term that has offended many Ukrainians – including Zelenskyy, whose parents are Jewish and much of whose family perished in the Holocaust.

Putin claimed during his speech announcing the war that Russia does not intend to occupy Ukraine. He said Russia wishes to ensure its long-term security against NATO, whose eastward expansion during the 1990s and early 2000s antagonized Russian leaders.

Putin’s critics have alleged that his intentions toward Ukraine are more far-reaching, and involve dismantling the country’s burgeoning democracy in favor of a pro-Moscow puppet government.

The Russian invasion of Ukraine was launched early on Thursday morning after Putin announced that Russian forces would undertake a “special operation” in the country.

Putin claimed that the invasion would “secure the peace” in the country. In the first full day of conflict, however, hundreds have perished on both sides, more than a hundred tanks and armored vehicles have been destroyed, and an estimated 100,000 Ukrainians have fled their homes to seek refuge in neighboring Poland and Romania.

“The [invasion] has its goals,” Peskov said. “The president said that all decisions have been made, and the goals will be achieved.”

Peskov said that if Kyiv agreed to meet Putin’s demands, the attack could be called off immediately.