Lavrov Says Russia’s War Aims Have Expanded Beyond the Donbas 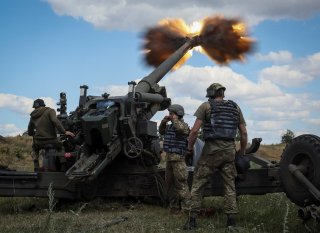 Russian foreign minister Sergey Lavrov announced on Wednesday that the territorial goals of Russia’s invasion of Ukraine had expanded beyond the Donbas region into southern Ukraine. Lavrov vowed that the Kremlin would also support those regions’ independence from Kyiv—a statement that Western experts widely condemned as laying the basis for their annexation by Moscow.

Lavrov’s comments came during an interview with the Russian state-run RIA Novosti news broadcaster, during which he claimed that Russia’s willingness to accept initial peace proposals from Ukraine had been “based on the geography of March 2022,” or its alleged initial aims to secure the independence of the Donetsk People’s Republic (DNR) and the Luhansk People’s Republic (LNR), the two pro-Russian proto-states in the Donbas region.

“The geography is different now,” Lavrov said. “It is not only about the DNR and LNR, but also the Kherson region, the Zaporizhia region, and a number of other territories,” he added, referring to the dubious Russian claim that the territories its military had occupied during the first months of its invasion sought to break away from the central government in Kyiv.

Lavrov’s remarks were immediately condemned in Ukraine, where Ukrainian foreign minister Dmytro Kuleba claimed they were evidence that the Kremlin wanted “blood, not talks.” They were preceded by warnings from White House national security spokesman John Kirby that Moscow intended to formally annex the Ukrainian territories under its control.

Lavrov also claimed in his remarks that the West, led by the United States and the United Kingdom, sought to expand the war in Ukraine to “provoke a clash between Russia and European countries” by continuing to supply Ukraine with increasingly advanced weaponry, including the M142 High Mobility Artillery Rocket System (HIMARS).

“They want to turn it into a real war and provoke a clash between Russia and European countries,” Lavrov said. “They are keeping [the Ukrainians] from any constructive steps and not only pumping in weapons but forcing them to use those weapons in an increasingly risky way.”

Russia’s justification for invading its western neighbor has shifted several times since the onset of the war in late February. Immediately before the conflict began, Russian leader Vladimir Putin gave a speech to the Russian State Duma declaring that Ukraine was “historically Russian land” and had no right to exist independently from Moscow. In the opening hours of the invasion, the Russian leader alleged that the “special military operation” had been launched to “demilitarize and de-Nazify” the Ukrainian government. After significant battlefield losses in northern Ukraine and the Russian retreat from Kyiv, however, Russian state media shifted to emphasizing the need to guarantee the safety and independence of the DNR and LNR.