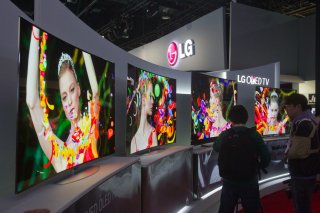 LG’s latest line of OLED TVs, which include the B2, C2, G2, and Z2, was announced at CES back in January, with pricing announced a few months later, and the TVs are now available on the market.

Now, the first major reviews have come out for the B2, the 4K OLED TV that is priced at $1500 for the fifty-five-inch edition, $2000 for the sixty-five-inch model, and $3,300 for the seventy-seven-inch version.

RTINGS gave the B2 a mixed usage score of 9.0, which is both the highest of any traditional OLED TV and LG TV, placing it ahead of this year’s C2 and G2 editions. However, the Samsung S95 OLED, the first-ever QD-OLED TV, remains in the top spot, with the B2 coming in second.

“The LG B2 is a fantastic overall TV. It's remarkable for watching movies in dark rooms thanks to its near-infinite contrast ratio with perfect blacks, and it's also excellent for watching HDR movies, but some colors don't look vivid,” the RTINGS review of the B2 said.

“If you watch shows or sports in bright rooms, it's impressive as it has incredible reflection handling to fight glare from a few light sources, but it doesn't get bright enough to fight a ton of glare. It's incredible for gaming as it has features to take full advantage of the PS5 and Xbox Series X, supports variable refresh rate (VRR) support to reduce screen tearing, and has low input lag and a near-instantaneous response time for smooth motion,” the review continued.

The listed “pros” for the B2 include “deep and inky blacks,” “perfect black uniformity,” “no issues upscaling content,” and a wide viewing angle. The “cons” include the risk of burn-in — an issue with all OLED TVs — as well as a note that “some colors aren't vivid.”

While not in the context of a full review, Techradar compared the B2 and C2. That site concluded that the C2 is the better TV.

“All in all, the choice between the LG B2 and LG C2 is a relative no-brainer. It seems an odd decision from LG to have such a minimal price difference between the two televisions, especially given the extra tech for such a small outlay,” the Techradar comparison said.

“But even when you to 55 inches or above, the extra screen brightness, image processing capability and better connectivity make the totally worth the extra investment when the prices are close,” the site said. “If you see a big price drop on the LG B2 that separates it further from the price of the C2, then it will become much more tempting. But as it stands, we'd encourage everyone to push the C2.”