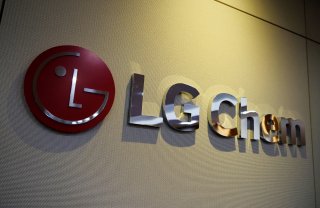 LG Display announced Wednesday, ahead of the launch next week of the 2021 International CES, that it will introduce what it calls the world’s first-ever Eyesafe Certified television display. The new TV will be featured as part of a 65-inch OLED display.

EyeSafe is a Minneapolis-based entity which, developed along with the German-based agency TÜV Rheinland. It’s described as “the world’s leading set of health-based requirements for the consumer electronics industry, developed in conjunction with over 250 leading ophthalmologists, optometrists, and engineers who have been conducting and analyzing clinical health and safety research on the impacts of exposure to high-energy blue light.”

Three TCL products received EyeSafe certification last year, although those were a tablet and two monitors, not televisions. The certification applied to TCL CSOT, which supplies TCL’s monitors.

“We are so proud to be the first manufacturer to certify our TV displays as Eyesafe—the recognized leader in screen time safety, blue light mitigation, and optimal color performance across consumer electronics,” LG Display Chief Technology Officer Dr. Soo-Young Yoon, said in the announcement.

“As an industry leader, we will continue to take proactive steps to provide additional value, such as eye comfort to consumers, as well as providing the best experience through our cutting-edge technology, including OLED.”

“It is gratifying to see LG Display understand that users are spending a large and increasing amount of time in front of digital displays, which could benefit from built-in protections that meet the highest standards for filtering potentially harmful high-energy blue light,” Dr. David Friess, an internationally recognized optometrist and member of the Eyesafe Vision Health Advisory Board, said in the EyeSafe announcement. “We applaud LG Display on their proactive stance on to combine consumer health with technology design.

LG Display is not the same thing as LG Electronics; LG Display was formerly a joint venture between LG Electronics and Philips to make panels, although it was eventually spun off into a separate entity.

LG Electronics, which makes TVs, has big plans of its own for CES, where the company plans to unveil its first QNED Mini LED TVs, with the company’s lineup consisting of 10 new 4K and 8K models. The flagship, which is an 86-inch 8K QNED TV, will be shown in  LG’s virtual exhibition booth at the virtual show.

“Our new QNED Mini LED series is a premium home entertainment option that expands and improves the LCD TV space and gives consumers another terrific viewing choice,”  Nam Ho-jun, senior vice president of R&D at LG’s Home Entertainment Company, said in the company’s announcement last week. “These TVs deliver an experience that set them apart from other LCD TVs and speak to our commitment to innovation and pushing the standard forward.”