10 Million Shipped: OLED HDTVs Continue to Fly Off the Shelves 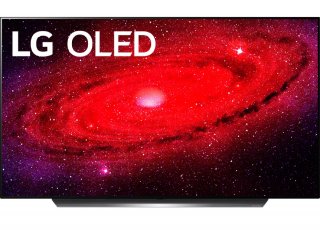 According to a report this week by research firm Omdia, as cited by the Korean publication Pulse News, the cumulative number of overall shipments of OLED TVs since LG rolled out the current itineration of the technology in 2013 has now reached 10 million.

In addition, LG Display will soon begin "full commercial production" at its new Guangzhou factory in China, where it will produce OLED TV panels. The panel opened this summer following a coronavirus-related delay, and has been producing LG’s 48-inch OLED model.

Omdia also predicted that global OLED TV shipments would reach 1.2 million units in the fourth quarter of this year, a 30 percent increase over the same period last year.

The OLED TV panel number is not to be confused with the number of overall OLED panels, the much larger number that also includes smartphone panels and other applications of the technology. The overall panel shipment number, as of 2019, was 577 million, per Digital Supply Chain Consultants.

Omdia also found that OLED TVs accounted for about a third of global sales in the “premium” category, meaning TVs costing more than $2,000.

There are also, per Omdia, 19 active OLED TV manufacturers. The only manufacturers that sell such TVs in the U.S. are LG, Sony and Vizio, while manufacturers such as Panasonic and Philips sell them in Europe but not the U.S. There are also Chinese companies that make TVs with the technology, such as Xiaomi and Huawei.

Several other manufacturers, including Samsung and TCL, focus more on QLED or Quantum TVs. That list also includes Vizio, which recently began selling OLED TVs alongside its Quantum ones.

According to new numbers released by Trendforce, more than 62 million TVs, of all technologies, were sold worldwide in the third quarter of this year, a new record.

The Pulse News story says LG “introduced the world’s first OLED TV in 2013,” but that’s not true; Sony introduced such a TV six years earlier, in 2007, and it hit the market the following year.

According to LG’s website, the company entered the OLED TV market in 2010. but became the “new market leader” in 2013.

“In 2013, Sony and Panasonic shut down their OLED partnership. They said the project didn’t deliver the growth they expected and they had feared that OLED televisions weren’t ‘commercially viable’… while these brands returned to the drawing board, LG kept its nerve and invested more into the technology. Others hesitated, but LG stayed true to its commitment to making OLED a viable technology and bringing it into the market. In 2013 LG launched its OLED TVs which was quickly a hit in the television market. It was the beginning of what was to become “the best selling” success story.”