5 Big Reasons to Upgrade From QLED to OLED 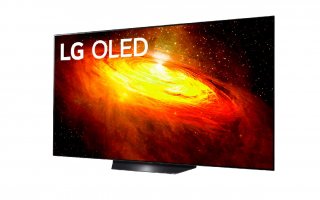 In South Korea, Samsung long has been considered the undisputed tech heavyweight. So, it does come as a bit of a surprise that this company, when it comes to HDTVs, is running in second place to another Korean player, LG Electronics.

In terms of overall image quality and future-proofing, LG’s OLED TV offerings indeed stand alone at the HDTV summit. That is not to say that Samsung’s flagship QLED TVs should be thrown out with next week’s trash—just be aware that when you’re shopping the aisles at Best Buy for your next big TV purchase, there exists another tier in the HDTV-universe hierarchy.

If you need further proof, here are five reasons to upgrade your QLED set to an OLED TV.

As already mentioned, OLED’s overall picture quality just can’t be beaten. Samsung’s QLEDs can get brighter, but that alone can’t topple OLED’s superior contrast ratio, perfect blacks, and wide color gamut. Keep in mind that QLEDs are just LCD TVs with quantum dots, so the technology in itself is limited and quite ancient from the perspective of the fast-changing tech world. In contrast, OLED TVs utilize self-emissive pixels, which means no more halos or light blooms that you might experience on an LCD set.

This brings us to the second reason: inimitable black levels. When OLED pixels, which can number in the millions on these HDTVs, can remain completely dark, the black color on your screen is 100 percent true. QLED TVs, though, even with the most effective full-array local-dimming technology, still let some of the light through, leading to more washed-out black levels.

Number three on the list is superior wide-angle viewing. With QLED displays, different areas of the screen can often appear brighter than others, and the backlighting can at times bleed through. They can also lose contrast and look discolored or tainted if you’re on the outside areas of wide or wraparound seating arrangements. Sure, if you’re directly in front of the screen, the issues aren’t as apparent. With OLED TVs, however, you can always guarantee an excellent viewing experience—even from the most extreme angles.

Up next is OLED’s ultra-thin design, which can be slimmer than many smartphones out there. As OLED technology doesn’t require the same backlighting (and thus the need for extra space) as QLED sets, the panels themselves can get to be only a quarter-inch deep. Sure, there might be a slight bulge at the bottom of the display to house various inputs and the power supply, but the overall aesthetics of OLEDs stand far apart from the comparatively clunkier QLED TV designs.

Finally, OLEDs will likely save some of your hard-earned cash on your electricity bills. Without the need for constant backlighting, OLED TVs often consume fewer than 150 watts—and even the 70-inch-plus monsters usually don’t guzzle more than 250 watts. Keep in mind that OLED’s energy consumption is directly related to the screen’s brightness, so if that is jacked up to the max on a daily basis, the savings will be much more modest.