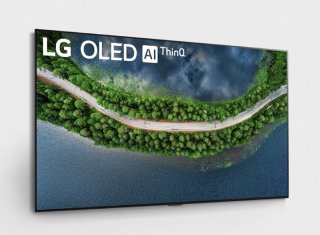 We have all heard about the greatness of OLED TVs. Compared to QLED and LCD offerings out on the market right now, OLEDs do boast inimitable picture quality.

In addition to the amazing contrast ratio and true blacks, another part of the visual appeal is that OLEDs can be designed thinner than its QLED or LCD rivals. As OLED TVs utilize self-emissive pixels, they can jettison the need for backlighting, allowing for a much thinner design.

So, there it is in all its glory—a masterpiece brought to life by LG. There are, however, two caveats: the rather pesky burn-in issue and the webOS platform. OLED TVs being susceptible to burn-ins has been much talked about, but what really hasn’t been brought to light are the hiccups surrounding LG’s webOS.

Much like Samsung’s Tizen operating system, LG’s webOS is surely still a work in progress. Yes, it has a pleasant, stripped-down user interface, which hasn’t changed much since it launched, but it really lacks what’s needed for today’s data-intensive streaming TV world.

This lack of punch and animations or Wi-Fi dropping out intermittently is even more pronounced when you are selling the best TV panels on the planet. Many buyers of LG TVs could be wondering, “I spent two grand on this, and this is the operating system I have to work with?”

Yes, it does seem a bit unfair, but hopefully LG is working toward making webOS into a better complement to its excellent picture quality on its OLEDs.

Perhaps it could start with the ThinQ AI, a system that can perform advanced searches similar to Siri. Although the newer OLED TVs can also interact with Google Home or Amazon Alexa, it would be nice if LG’s own system can be more robust in its capabilities that can match its rivals.

Moreover, in what could be quite unsettling to some people, the active microphones will now actually come built into LG’s TVs. It was previously built into the remote control and activated by a button.

Speaking of LG’s magic remote, it is quite useful for everyday actions, but what it conspicuously lacks is that it doesn't have in-depth control of the TV’s settings. Better integration with the TV’s hardware would definitely be appreciated by many, as this type of disconnect isn’t found on Samsung’s TV offerings.

Not surprisingly, the webOS comes with essentials like Netflix, Amazon and YouTube, which are installed by default. But the overall range of offerings is a bit disappointing—perhaps that’s why many consumers still prefer Roku or Android TV.