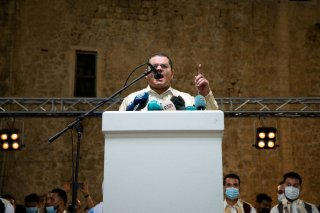 Libyan prime minister Abdulhamid Dbeibah has endorsed a December 24 date for the country’s next elections, in accordance with a peace plan to the country’s decade-long conflict proposed by the United Nations.

In his remarks to the Libya Stabilization Conference in Tripoli, Dbeibah suggested that elections would be a significant step towards resolving the intermittent violence in the country, and called for all Libyans to participate on that date.

The conference also included representatives from France, Italy, and the United States, as well as the UN and a handful of other Arab countries. Its final resolution advocated for further confidence-building measures in the runup to the election and called for transparency in the electoral process to ensure a fair and accurate count.

While most sides in Libya’s fractious conflict have pushed for elections, the details—and the date—have been a subject of contention. Originally, the country’s presidential and parliamentary elections were slated to be held on different dates, but Tripoli’s parliament ultimately delayed the legislative elections until January.

The recent talks have been significant because they have taken place within Tripoli, while previous peace initiatives have typically been held abroad.

Libya’s last elections, in 2014, were disputed, and in their aftermath, a number of regional factions divided the country into zones of influence. The western half, based in Tripoli and governed by the UN-recognized Government of National Accord (GNA), fought against the eastern half, based in Tobruk and led by Libyan warlord Khalifa Haftar’s Libyan National Army (LNA), prior to a 2020 ceasefire.

Further talks are expected to take place in Paris in November, hopefully leading to confirmation that the election will be held as scheduled and a resolution that Libya’s foreign forces should depart. Several Middle Eastern actors, including Qatar, Turkey, and the United Arab Emirates, have supported Libyan factions, hired foreign mercenaries from Russia or Syria, or sent their own troops into the country, bringing the total number of foreign soldiers there up to 20,000, according to the UN.

While these forces were initially told to depart the country by January 2021 under the ceasefire deal, and some have, many others have remained, raising concerns about the security of the upcoming vote.

Haftar is widely expected to stand for election, despite his controversial reputation and disfavor in Tripoli and western Libya.