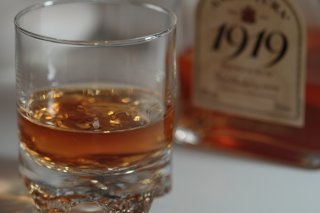 After China banned a shipment of 20,000 bottles of rum from Lithuania from entering the country over the ongoing dispute between the two countries, the Taiwanese government purchased the bottles in a show of support for the small Eastern European country.

The Taiwan Tobacco and Liquor Corporation (TTL), the state-owned alcohol company that possessed a monopoly on liquor production in the country until 2002, bought the bottles from MV Group Production, the Lithuanian distiller, according to the South China Morning Post.

“TTL stood up at the right time, purchased the rum, and brought it to Taiwan,” according to a statement released by TTL. “Lithuania supports us and we support Lithuania.”

“TTL calls for a toast to that,” the statement added.

China’s customs agency did not comment on the development.

Chinese and Lithuanian authorities have engaged in a war of words since November when the Lithuanian government opened a “Taiwan Representative Office” in Vilnius, the country’s capital. Although the office was not designated an embassy by either Vilnius or Taipei and the island operates similar offices in several Western countries, Beijing criticized the decision to call it a “Taiwan” office, rather than “Chinese Taipei,” which is more ambiguous. Chinese authorities, therefore, indicated that the office’s existence violated the “one-China principle,” which insists on recognition of Beijing and not Taipei as the legitimate Chinese government. It recalled its ambassador from Vilnius and requested the Lithuanian ambassador leave as well; Lithuania ultimately closed its embassy in Beijing over the dispute.

The dispute escalated, with the Lithuanian government encouraging its citizens to discard Chinese-made phones after concerns were raised about the potential for spyware to be installed on them remotely. China also instituted an unofficial embargo against Lithuanian imports, leading the European Union to argue that Beijing had applied “unannounced sanctions” against it before the World Trade Organization, which forbids the practice.

China has denied the presence of an embargo, although its customs bureau delisted Lithuania from its country of origin database, making Lithuanian goods impossible to legally import.

At a press briefing, Chinese Foreign Ministry spokesman Wang Wenbin denied knowledge of the rum episode but insisted that Taipei’s attempts to maintain relevance through commercial ties would be futile due to Beijing’s larger size and economic might.

“I can tell you that the Taiwan authorities’ attempt to maintain their space for Taiwan independence activities by ‘dollar diplomacy’ is doomed to be in vain,” Wang said at the briefing.