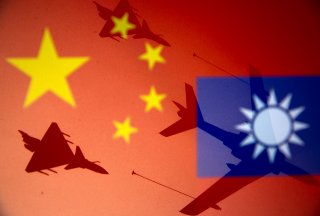 The government in Beijing has ordered multinational corporations doing business in its territory to sever their ties with Lithuania or risk exclusion from Chinese markets, according to Reuters.

Beijing’s spat with Vilnius began in November after the Lithuanian government announced that it would open a “representative office” in Taiwan, the self-governing island off the Chinese mainland that successive governments in Beijing have called an integral part of China. The Lithuanian government also expressed its support for “those fighting for freedom” in Taiwan, enraging Beijing and prompting it to threaten economic retaliation on Lithuania.

Chinese foreign ministry spokesman Wang Wenbin said in a statement on Thursday that Lithuania’s actions had “created the false impression of Taiwan being separate from China, gravely harmed China’s sovereignty and territorial integrity, and started an egregious precedent among the international community.”

It is unclear how much Chinese sanctions will harm the Lithuanian economy, which engages in comparatively little direct trade with China but which does considerably more business with the multinational corporations that Beijing had threatened to punish. The Lithuanian Conference of Industrialists, a trade union linking thousands of Lithuanian companies, claimed that the Chinese had pressured some multinationals to drop their orders for Lithuanian goods. It is unclear if the multinationals in question, whose names was not given, actually did so.

As a precaution, the Lithuanian government has proposed establishing a fund to aid companies directly impacted by Chinese economic pressure, according to Reuters.

Per Beijing’s “One China” policy, countries must choose between having diplomatic relations with Taipei or Beijing. Most nations have chosen Beijing due to its far greater political and economic importance, and the Communist government has actively attempted to poach Taipei’s remaining allies. With the departure of Nicaragua from Taiwan’s coalition on Thursday, the island has only fourteen official diplomatic partners remaining.

However, multiple countries, including the United States, have managed to preserve ties with Taiwan by remaining deliberately ambiguous about which “China” is the legitimate Chinese government and operating organizations that take the place of embassies, such as the American Institute in Taiwan, in Taipei while maintaining formal diplomatic relations with Beijing. Most European capitals have a Taiwanese office, although they typically refer to the territory as Taipei so as not to refer to the island itself.