Look Closely: This U.S. Navy Patrol Plane Is Looking More and More Like a Bomber 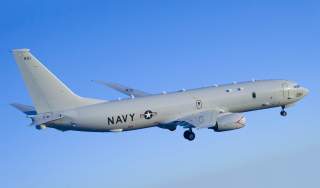