The Marine Corps Is Retooling for a Pacific Fight. Not Everyone Is Happy. 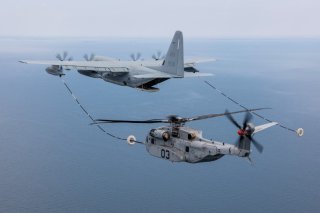 The United States Marine Corps (USMC) fully intends to implement its Force Design 2030 despite some criticism it has sustained from outside and inside the Corps.

In a discussion with the Center for Strategic and International Studies, Lieutenant General Karsten Heckl, the deputy commandant for combat development and integration, explained that much of the Marine Corps’ plan for force design in the future had been misunderstood. “We always, always build to the worst-case scenario, which in this case clearly is China, not just militarily, but also their ability to influence and project economic power,” General Heckl explained. He added that this competition with China is “much worse than the 70-year Cold War with the Soviet Union.”

As part of the Marine Corps’ Force Design 2030 plan, the Corps is slimming down and retooling to better prepare for a fight in the Indo-Pacific against one enemy: China. And to prepare for this fight, the Marines’ top general, Commandant David H. Berger, has divested all the USMC’s tank battalions, as well as most of the Corps’ artillery and tube mortars.

Instead of the long, grinding land campaigns that defined the last two decades of combat in the Middle East, the USMC is refocusing on its maritime roots. To that end, the Corps has adopted a new Amphibious Combat Vehicle to replace its Cold War-era Assault Amphibious Vehicle. The Corps is also investing in new ships to ferry smaller groups of Marines throughout the Pacific, emphasizing a highly decentralized command structure.

One of the most significant criticisms of the Marine Corps’ new force structure is a lack of combined arms warfare, which integrates different combat arms, like armor and infantry, to devastate an enemy.

“In this case, combined arms is much more than towed cannon artillery, tanks and aviation. I will tell you it starts in the information environment, which is often where we don’t do so well, and then cyber, space,” General Heckl said. “As a MEF [Marine Expeditionary Force] commander, people would be like, ‘well we’re going to be this number of days left of bang.’ Stop saying bang. What is that? Again, old think. ‘Well, it’s Marines. It’s when I shoot stuff and kill things.’ No. Information environment. Cyberspace. Bang is happening now. So that is illustrative … of how dramatically it has changed. Combined arms – and now, with again, one of the primary drivers of force design was the proliferation of long-range precision weapons that can hold us at arms length.”

Combined arms and force structure aside, one of the Marine Corps’ most significant criticisms is that it is becoming a smaller force less able to respond to other non-Chineses challenges worldwide. Time will tell.