The Marines Love the F-35 So Much They Gave it a Nickname: Velociraptor 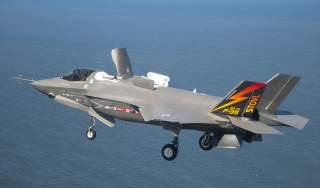 As the aircraft matures, the Air Force, Navy and Marines will need larger and more capable training ranges to cope with the demands of preparing for a high-end “near-peer” fight.