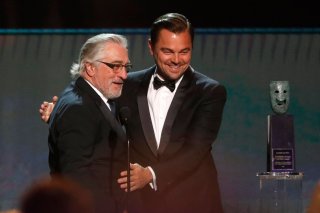 Apple has reached a deal with Paramount to help finance and serve as the creative studio of Martin Scorsese’s new film “Killers of the Flower Moon.”

Under the agreement, Paramount would still be in charge of distributing the movie. Paramount had originally obtained the project, though it recently allowed it to be shopped around as the studio had to foot the $180 million to $200 million price tag. Imperative Entertainment will produce the project.

Netflix, Universal, MGM and other studios were also reportedly interested in financing the movie. Even with Apple’s relationship with the film, “Killers of the Flower Moon” will still be released nationwide in theaters, but will eventually be showcased on the Apple TV+ streaming service—where it will be recognized as an “Apple Original Film.”

Based on David Grann’s book of the same name, “Killers of the Flower Moon” tells the story of a series of murders of affluent Osage Native Americans in the 1920s, after rich oil deposits were discovered under their land in Oklahoma. The subsequent investigation established the FBI and was a key moment in the evolution of the country from its frontier era.

Scorsese found himself in a similar situation with his last film, “The Irishman,” which also starred De Niro. It was originally in development at Paramount but was eventually sold to Netflix. “The Irishman” eventually garnered 10 Oscar nominations and was one of 2019’s top-reviewed films. The tie-up with Apple could have been put in the fast lane because of Apple TV+’s increased willingness to premiere films in theaters first, whereas Netflix generally aims to have all of its originals debut first on its streaming service.

Apple has been pushing hard to add more creative thump to its streaming platform. Just a week before landing “Killers of the Flower Moon,” Apple TV+ acquired the rights from Sony to the upcoming World War II film “Greyhound” that stars Tom Hanks, who also wrote the script.