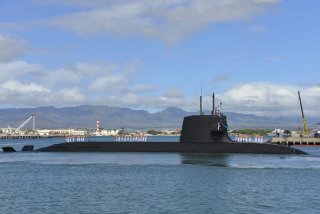 Key point: Tokyo is interested in a stealth submarine to deter China.