Meet the M-14 Rifle: The Old Gun That Refused to Surrender 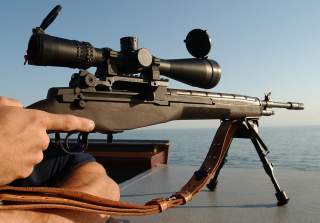