The Missile Defense Agency Is Focusing on Hypersonic Threats 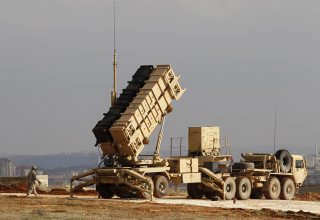 With this in mind, the Missile Defense Agency’s 2023 defense budget proposal includes funding for the emerging Hypersonic and Ballistic Tracking Space Sensor (HBTSS) program. The effort, now underway at Northrop Grumman and the Missile Defense Agency, seeks to network satellites in order to help create a real-time, continuous “track” on incoming hypersonic ballistic missiles. This is quite difficult, as hypersonic weapons are extremely maneuverable and travel at unprecedented speeds. Hypersonic projectiles do not follow the standard parabola-like trajectory associated with ballistic missiles; they can evade defenses through speed and varied movements.

The HBTSS effort is aligned with the Pentagon’s fast-emerging Overhead Persistent Infrared Enterprise Architecture. The program will provide tracking data on hypersonic threats that will be handed over to missile defense sensors and ultimately used by missile defense weapons to engage threats. The need to defend against hypersonic weapons has been on the Pentagon’s radar for many years now, but the fact that both Russia and China now operate them has made it even more urgent.

Importantly, establishing a continuous track for hypersonic threats requires a multi-domain, networked approach that incorporates space, air, ground, and sea assets. Newer types of low and medium Earth orbit satellites can be networked and are capable of operating at lower altitudes compared to standard geosynchronous Earth orbit satellites. With hardened networking and secure connectivity, groups of meshed satellite nodes can help form a continuous track of a high-speed hypersonic weapon. If a track is established, then the systems may be able to intercept a hypersonic threat.