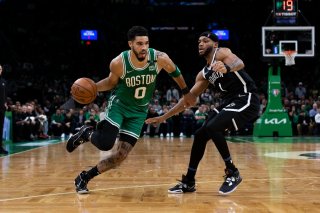 The streaming service Hulu suffered an outage Thursday night that persisted for several hours. Because it affected the Hulu + Live TV service, the outage kept many cord-cutters from watching live TV that night, including several NBA playoff games.

According to Variety, the outage lasted for more than two hours.

In a statement to the trade publication, Disney Streaming Services, which controls Hulu, said the issue had been resolved as of 10:45 p.m. Eastern Time.

“We have resolved the technical issue that temporarily impacted Hulu. We apologize for the inconvenience,” the statement said.

“Playback unavailable? We’re investigating the issue with the highest priority and hope to have things back up and running soon. Thanks for your patience,” Hulu’s tech support page had said during the outage, according to Deadline. That site also noted that Hulu’s support Twitter account has not been updated since August 2021.

Hulu users received an error message when they attempted to log on to the app, and it appeared to affect all devices.

The website Downdetector mapped the outage, finding that disruptions began just before 8:00 p.m. Eastern and continued before peaking just before 9:00 p.m. The curve went lower after that until it was back to normal around midnight.

The reports, per Variety, were concentrated in big cities, including New York, Boston, Washington D.C., and Chicago. It remains unclear what, exactly, caused the outage.

As of Disney’s last quarterly earnings release, for the fourth quarter of last year, Hulu had 45.3 million subscribers, of which 4.3 million were for Hulu + Live TV. Per Digital Trends, those represented increases, respectively, of 5.6 million and 300,000 respectively.

Hulu’s outage arrived as the streaming world has been rocked by Netflix’s earnings report; the industry leader announced that it had lost subscribers for the first time in its history, while also forecasting that it would lose even more in the second quarter of this year.

Netflix blamed several factors for the loss of subscribers, including its pullback from Russia, increased competition from other streaming services (Hulu included), the inability of the company to keep up its momentum from its huge growth during the lockdown phase of the pandemic, and its recent price increase. The company also announced that it plans to move forward with an advertising-supported product, something Netflix has long resisted.

“Our revenue growth has slowed considerably as our results and forecast below show. Streaming is winning over linear, as we predicted, and Netflix titles are very popular globally,” Netflix said in its shareholder letter.  “However, our relatively high household penetration - when including the large number of households sharing accounts—combined with competition, is creating revenue growth headwinds. The big COVID boost to streaming obscured the picture until recently.”

Disney, which typically reports at the tail end of the earnings season, is expected to announce its earnings in May, so investors will get a look then at Hulu’s subscriber numbers.