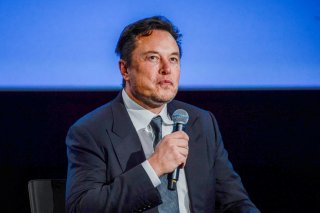 Elon Musk, the world’s richest man, often makes news for things he says on Twitter. But Musk’s latest Twitter proposal has earned him worldwide scorn: A “peace plan” for the Russo-Ukrainian War that began in a reply to peace efforts by Pope Francis.

The pope had not made specific proposals, aside from calling for a cease-fire, but Musk replied to him by stating “War always gives ample reason for vengeance for all sides. Only by overcoming this instinct can there be peace.”

In another tweet, Musk proposed a peace framework with the following components: “Redo elections of annexed regions under UN supervision. Russia leaves if that is will of the people … Crimea formally part of Russia, as it has been since 1783 (until Khrushchev’s mistake) … Water supply to Crimea assured … Ukraine remains neutral.”

Musk later offered a Twitter poll, in which he asked his followers if “the will of the people who live in the Donbas & Crimea should decide whether they’re part of Russia or Ukraine.” In the poll, 54.6 percent answered “yes” and 45.5 answered “no.”

There was much criticism of the proposal, which many saw as unfairly titled towards Russia’s interest.

“This is moral idiocy, repetition of Kremlin propaganda, a betrayal of Ukrainian courage & sacrifice, and puts a few minutes browsing Crimea on Wikipedia over the current horrific reality of Putin's bloody war,” Garry Kasparov, the chess champion-turned-Putin critic, replied.

One competitor, the opinion columnist Noah Smith, stated that Musk’s proposed deal wouldn’t make sense for the Russian side.

Also weighing in was none other than Ukrainian president Volodymyr Zelenskyy. The Ukrainian leader offered his own Twitter poll asking the following question: “Which @elonmusk do you like more?,” with the two answers “one who supports Ukraine” and “one who supports Russia.” The former got 85.7 percent.

“Imagine sending tweets so bad that a president of a country at war takes time out of his evening to dunk on you,” journalist Jane Lytvynenko said on Twitter Monday. Ukraine’s ambassador to Germany, meanwhile, replied to Musk with an expletive.

CNBC noted that Musk “has earned quasi folk-hero status in Ukraine since the start of the conflict,” including by offering his Starlink satellite communication system to help the Ukrainian side in the war.