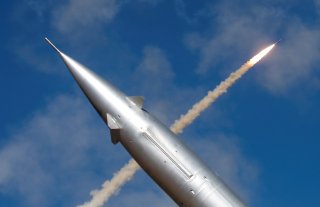 As Russian troops suffer setbacks on the battlefields of Ukraine, the Kremlin is more likely to use extraordinary measures to stop the deterioration of the Russian military. Such measures may range from using the winter season as a weapon to employing nuclear weapons. The current partial mobilization of the armed forces is the first step in the new phase of Russia’s war in Ukraine.

The stakes for Moscow in this war are much higher than the setbacks caused by the lost battles. Historically, lost wars in Russia have been followed by severe national crises often accompanied by internally generated regime changes. To avert this eventuality, the Kremlin has to avoid further losses, solidify its gains in southeastern and southern Ukraine, and force Kyiv and its Western supporters to recognize Moscow’s war gains by ceasing hostilities and signing a peace agreement.

By announcing the partial mobilization of military reservists, Moscow risks triggering popular unrest in Russia. According to the official Kremlin version of events, the “special military operation” in Ukraine was progressing smoothly and without a diversion from the plan. At the same time, the Kremlin has refused to acknowledge huge manpower losses in the war. In his televised address on September 21, Russian president Vladimir Putin did call the “special military operation” a war. According to Putin, Russia is engaged in war with the West, and to win it, Russia needs 300,000 military reservists. For months, Putin was against military mobilization for political reasons. Now, he has been forced to acknowledge to the Russian people that the Russian military leaders had no choice but to call up military reservists.

The Russian military hardliners demanded some sort of a military mobilization from the very start of this war. By the end of the first week of the Russian invasion of Ukraine, it became clear to most military observers that the Russian armed forces needed a strategic reserve to overcome Ukraine’s resistance. Starting to create new units seven months into a war is too late for achieving success through conventional military means. It will take several months to properly equip and train the reservists, and even then, they may just be enough to replace Russia’s losses on the battlefield and to allow for more frequent rotations of Russia’s frontline fighters.

Moscow will continue to target Ukraine’s energy infrastructure to break the fighting spirit of its people, while using its gas and oil distribution systems to punish Europeans for their support of Ukraine. The main targets of Russia’s long-range attacks in Ukraine will be power generating facilities, the power grid, the energy sector, hydropower dams, and communication links. According to some estimates, Russia has so far destroyed about twenty civilian infrastructure objects in Ukraine for every destroyed military target. The Russian military leadership is so committed to attacking civilian infrastructure in Ukraine that it continued such attacks even during the hasty retreat from northeastern Ukraine. However, there is one significant limiting factor to the Kremlin’s desire to wreck as much of Ukraine as possible; Russian forces are short on missiles, while the Russian Air Force has avoided flying into Ukrainian airspace because it lost too many aircraft in the initial phases of the war. Russia primarily attacks targets in Ukraine from outside of Ukraine’s airspace, but it still manages to fire a few dozen ground and sea-based missiles and about three dozen air-to-surface missiles daily.

This winter will be unusually cold for many Europeans, but Europe is now threatened by a winter of a different nature—a nuclear one. With the success of the Ukrainian armed forces, the threat of Moscow using nuclear weapons in its bid to force Ukraine and its Western supporters to recognize Russia’s territorial gains is increasing. Putin confirmed this last week in his televised address announcing the “partial mobilization” of Russia’s military reservists. In fact, the Russian leadership started this war believing that it held an advantage in nuclear weapons systems over its Western rivals. There has been much said about Russia’s nuclear arms since Putin’s “three-day” blitzkrieg failed in northern Ukraine, some of it sensible but most of it misguided. Regardless, Russia is unlikely to attack Ukraine itself with nuclear weapons. Instead, a European member of NATO, one that is geographically farther away from Russia, is more likely to be the target.

Russia has three general modes for launching a nuclear strike. One has been a subject of many discussions and bilateral treaties between the United States and the then-Soviet Union. This mode is accomplished through the strategic triad—delivered by either land-based, sea-based, or long-range aircraft-launched missiles. These launches can be detected and tracked. Unless Russia launches a mass missile strike, which is unlikely because it would invite a similarly massive retaliation before the Russian missiles could reach their targets, missile defense systems could intercept a handful of such missiles. However, Moscow can deploy one of its intercontinental ballistic missile warheads for a high-altitude detonation. If the Russians resort to this option, they will detonate a nuclear warhead high above Europe and/or Ukraine to generate an electromagnetic pulse (EMP) that could knock out most of Europe’s economic infrastructure. A high-altitude EMP attack would damage or destroy Europe’s power, communications, and transport systems as well as disable banks, hospitals, and other sectors of the continent’s economy.

The second mode of delivery for nuclear warheads is generally known as “tactical,” which does not mean that these weapons are less destructive. The Kremlin’s preferred vehicles for launching tactical nuclear warheads are Kalibr and Klub cruise missiles. The launch of these missiles can be detected, but it is impossible to track them, as they are guided and fly very low to the surface. Russia has fired hundreds of Kalibr missiles equipped with conventional warheads during the war. If Russia decided to fire warning nuclear shots toward Europe with these missiles, it might launch one or two warheads targeting a forest or a rural area. In response, the United States could retaliate, provided it has capabilities for a symmetrical retaliation somewhere in Europe.

The third and most dangerous mode of delivery for nuclear warheads that the Russians possess is not formally classified, but it essentially represents a covert delivery mode. To start with, all missile systems with a range longer than fifty kilometers (thirty-one miles) manufactured in the late Soviet period and contemporary Russia are capable of carrying nuclear warheads. Long-range artillery can fire shells with nuclear warheads as well. Further, Soviet and Russian-made long-range drones not explicitly designated for this purpose can also deliver nuclear warheads. There is evidence from the war in Ukraine that at least one such drone flew from Ukraine all the way to Croatia and crashed just outside Zagreb after running out of fuel. On March 10, a Russian or Ukrainian TU-141 Strizh drone flew more than 550 kilometers (340 miles) without being detected by the air defense systems of three NATO countries: Romania, Hungary, and Croatia. It reportedly carried a bomb, which fortunately did not explode upon the drone’s crash.

If Moscow were to decide to use such a covert delivery system for its nuclear warheads, they could be neither detected nor tracked. Therefore, if a nuclear weapon exploded somewhere in Europe, it would not be immediately certain what happened or who was responsible. The Kremlin would try to further the confusion by denying the responsibility or acknowledging a “mistake” after several days. In any case, it would be very difficult for the American president to retaliate in kind if a NATO country were to be attacked and damaged by Russia in this way. The American political leadership will have a hard time explaining to the American people why they should risk American cities for the destruction of an unknown European town in a minor European country allegedly attacked in error. On the other hand, the North Atlantic Treaty would lose all its credibility if the United States does not defend a NATO ally from such a devastating attack. The Kremlin will win in this case: its main objective in this war against Ukraine is to destroy or weaken NATO by driving a wedge between the United States and Europe.

Dr. Lasha Tchantouridze is a professor and Director of the graduate programs in Diplomacy and International Relations at Norwich University.