Can the World Defuse the Threat of Nuclear War? 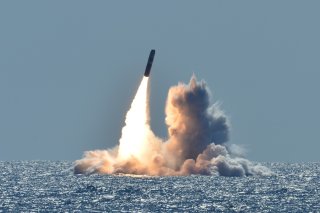 During the Cold War, millions of people went to bed every night terrified of a nuclear conflict breaking out. However, since the implosion of the Soviet Union, the world has increasingly perceived the threat of nuclear war as unlikely. Today, as Russia’s war in Ukraine heats up and great power competition is on the rise, it is necessary to revisit our assumptions about the potential for nuclear conflict. The only way to effectively guard against a doomsday scenario unfolding is to strengthen the existing international nuclear weapons regime.

In an August 1 letter to the participants of a conference on the Nuclear Non-Proliferation Treaty (NPT), Russian president Vladimir Putin remarked: “there can be no winners in a nuclear war, and it should never be unleashed.” This was an attempt by Putin to walk back an earlier threat made during a speech announcing Russia’s invasion of Ukraine on February 24.

At the time, in a pointed reference to the Kremlin’s nuclear arsenal, Putin warned the West that any attempts to interfere in Moscow’s military campaign against its neighbor would lead “to such consequences that you have never encountered in your history.” Days later, Putin placed Russia's nuclear forces on high alert.

Six months later, Russia’s dismal kinetic performance in the Ukrainian battlespace has been thoroughly exposed to the world, and Moscow is reeling under the weight of massive sanctions. Senior Russian spokespersons have alluded to the use of tactical nukes—or worse. CIA director William Burns said as much during a public speech in April, warning that Putin could resort to the use of tactical nuclear weapons if he felt Russia was facing a catastrophic loss in its war in Ukraine. Three weeks later, in an interview with the Financial Times, the CIA chief again noted that “given the kind of saber-rattling we’ve heard from the Russian leadership,” Washington “can’t take lightly” the possibility of Russia carrying out a low-yield nuclear strike.

While the risk of Russia launching nuclear attacks has increased because of its war in Ukraine, it certainly isn’t the only concern on this front. More recently, in the wake of escalating tensions over Taiwan, the risks of a U.S.-China war have increased. As Beijing’s conventional military capabilities are much weaker than Washington’s, the same logic applies: in an attempt to avoid defeat, which could also translate into the weakening of the regime, the Chinese decide to go nuclear.

Great powers aren’t the only ones that could resort to the use of nuclear weapons in certain situations. Just last month, North Korean leader Kim Jong-un threatened that his country is ready to deploy its nuclear forces if a U.S-backed South Korea decided to launch pre-emptive strikes against Pyongyang.

Likewise, given the state of South Asian geopolitics, the risks of a nuclear exchange in the region are rising. Due to its long-standing conventional disparity with arch-rival India, Pakistan has retained a policy of nuclear first use. But now, with Islamabad’s economy historically at its weakest moment amid growing security challenges, especially from Islamist extremists and the rise of a far-right Hindu nationalist regime in neighboring India, the risks of nuclear conflict on the subcontinent are far greater than before. Meanwhile, in the Middle East, regardless of whether there is a new nuclear agreement or not, Iran can be expected to continue pursuing nuclear weapons, especially as the regime is weakening internally while maintaining an aggressive foreign policy.

At a time when we have numerous nuclear flashpoints, it is critical to look back at past denuclearization successes. Of course, there are only a handful of such cases, which include Kazakhstan, Belarus, Ukraine, and South Africa. Nonetheless, they each offer important lessons that can help strengthen efforts toward international nuclear security.

The Kazakh case is particularly noteworthy, as it was a new country that had emerged from the rubble of the Soviet Union and was in possession of the world’s fourth largest arsenal. Countless citizens died of radiation poisoning or developed cancer or mutations as a result of over 450 Soviet nuclear tests in the massive Semipalatinsk nuclear testing ground. Not only did the Eurasian nation renounce nuclear weapons, but it also emerged as a leader in international denuclearization efforts, as is evident from former President Nursultan Nazarbayev’s first executive order upon independence: the closure of Semey. Unlike other sites, it remained shuttered forever.

The 2009 Kazakh initiative to get the United Nations to declare August 29 as the International Day Against Nuclear Tests was unanimously adopted at the General Assembly. The world recently commemorated this important date.

Though symbolic in nature, such moves go a long way in mobilizing the collective action necessary to enhance the international norms that are critical for global non-proliferation. They augment the usual multilateral diplomacy, which faces serious limitations. Business as usual is insufficient to constrain the behavior of states that find themselves in existential situations. In addition, leaders of malign regimes could be deterred from nuclear escalation if they know that the international community is unlikely to let them get away with their decisions.

Here is where the Nobel Peace Prize, first established to foster the global pursuit of peace, can play a key role in shaping the global conversation. In the past three decades, however, the annual prize has only twice been awarded in recognition of efforts toward nuclear security. The first was in 2005, when the International Atomic Energy Agency and its then-director, Mohamed El-Baradei, received the vaunted peace award. A dozen years later, the International Campaign to Abolish Nuclear Weapons was the recipient of the prestigious prize.

There is no greater threat to international security than the potential for nuclear war. In an increasingly multipolar global environment, especially amid the dangerous degradation of the rules-based international order, the risk is only growing. In and of itself, the Nobel Peace Prize is a recognition of the efforts of individuals and institutions to further international peace. Far more important are the norms that the prize shapes in the process. Today, it is critical that the Norwegian Nobel Peace Prize Committee help counter the escalating threats of nuclear conflict.

Kamran Bokhari, Ph.D. is the Director of Analytical Development at the New Lines Institute for Strategy & Policy in Washington. Dr. Bokhari is also a national security and foreign policy specialist at the University of Ottawa’s Professional Development Institute. Bokhari has served as the coordinator for Central Asia Studies at the U.S. Department of State’s Foreign Service Institute (FSI). Follow him on Twitter at @KamranBokhari.