The Navy Has A Problem: Too Many Enemies And Not Enough Cruise Missiles 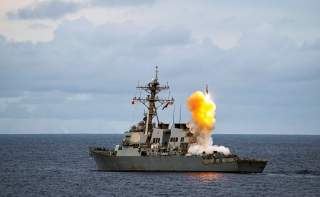 Key point: The Navy wants to modernize 90 missiles per annual budget cycle. Realistically, that means the fleet could get around 1,400 Block Vs through the mid-2030s.