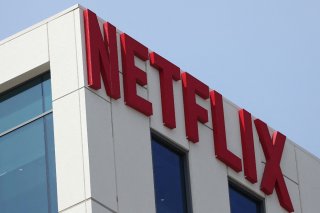 In its latest earnings report, Netflix revealed that it had suffered its first subscriber loss in over a decade, warning that it could shed two million more subscribers by the next quarter.

Given this concerning backdrop, it appears that the streaming giant’s binge-release model—the all-at-once release strategy for television shows—is facing fresh scrutiny as it seeks ways to better retain its 222 million subscribers, according to a new CNBC report.

“On services such as Disney+, HBO Max and Hulu, individual episode releases keep audiences hooked over the course of several weeks, meaning less churn on a month-to-month basis. Meanwhile, Netflix subscribers can watch a full season of a show they are interested in and then leave the service at the end of the month,” the business news outlet writes.

“Netflix has toyed with different release models, mostly due to pandemic-related delays in production, and noted that splitting seasons into two parts can be a ‘satisfying long binge experience’ for subscribers. Still, the company has made no indication that it will transition away from releasing all episodes of scripted series at once. Instead, decisions will be made on a case-by-case basis,” it continues.

CNBC noted that Netflix has experimented with weekly releases for some reality shows, but this strategy has not been utilized for scripted series. “We fundamentally believe that we want to give our members the choice in how they view,” Peter Friedlander, Netflix’s head of scripted series for U.S. and Canada, said earlier this month, per the AV Club. “And so giving them that option on these scripted series to watch as much as they want to watch when they watch it, is still fundamental to what we want to provide,” he added.

Netflix, though, has split seasons for certain shows, with the major examples being popular programs Ozark and Stranger Things. “Splitting the seasons actually had a practical reason before, which was the Covid delays and all those projects that kind of led us to splitting some of the seasons. But what we found is that fans kind of like both,” co-CEO Ted Sarandos said during the company’s earnings call in April. “So being able to split it gives them a really satisfying binge experience for those people who want that really satisfying long binge experience,” he continued.

Meanwhile, Netflix continues to deal with rampant sharing of subscription passwords. The company estimated that more than thirty million U.S. and Canadian households are using shared passwords, while an additional 100 million households are doing so worldwide.

“Our relatively high household penetration—when including the large number of households sharing accounts—combined with competition, is creating revenue growth headwinds,” Netflix explained in its quarterly shareholder letter. “Account sharing as a percentage of our paying membership hasn’t changed much over the years, but, coupled with the first factor, means it’s harder to grow membership in many markets an issue that was obscured by our COVID growth.”