What’s Behind the Netflix Subscriber Drop-Off? 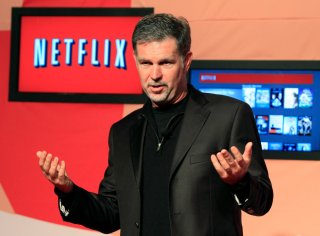 Netflix’s announcement in April that it lost subscribers in the first quarter, its first such loss in many years, has been the biggest news related to streaming so far in 2022. The announcement even led to speculation that other streaming services could also see losses this quarter, although that hasn’t come to pass.

“Our revenue growth has slowed considerably as our results and forecast below show. Streaming is winning over linear, as we predicted, and Netflix titles are very popular globally. However, our relatively high household penetration—when including the large number of households sharing accounts—combined with competition, is creating revenue growth headwinds,” Netflix said in that April investors letter.

Netflix went on to blame different factors—including increased password-sharing, stiffening competition, and its exit from Russia—for its subscriber woes. The company has since instituted some cost-cutting measures, including a round of layoffs earlier this week. And the company has also announced plans to offer an ad-supported tier.

So who exactly dropped their Netflix subscriptions? According to a new study, a surprising amount of those who unsubscribed had been with Netflix for quite some time. The study comes from research firm Antenna and was reported on by The Information, as well as 9to5Mac.

“New data show that people who have been subscribers to Netflix for more than three years accounted for a significantly greater share of cancellations in the first quarter than they did two years earlier,” the Information said, citing Antenna’s data. “The data help illuminate why Netflix’s subscriber growth stalled suddenly in the first quarter.”

"Newbie subscribers, meantime, accounted for only 60% of cancellations in the quarter, down from 64% in the fourth quarter,” the report said. “Also in the first quarter, overall cancellations rose to 3.6 million people, compared with around 2.5 million in each of the preceding five quarters. Antenna says it draws its data from a panel of 5 million Americans who anonymously contribute their streaming subscriptions.”

Antenna, however, found that while Netflix lost subscribers, the overall audience for subscription streaming continues to grow. "Consumers vote with their wallets on a monthly basis, and now there are just more viable candidates on the ballot,” Brendan Brady, media and entertainment lead at Antenna, told the Information.

A separate Antenna report this month looks at where some of those churned Netflix subscribers went. “Disney+ and Apple TV made up a relatively large percentage of new sign-ups for the churned Q1’22 Netflix users when compared to their market share of all new Q1’22 sign-ups (accounting for 23% of churned Netflix subs’ sign-ups vs. 11% for the market as a whole),” Antenna said.