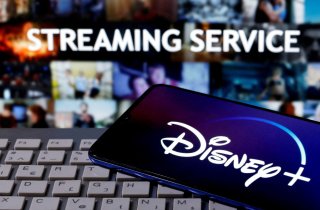 Over the past three months, Disney became an unlikely culture war flashpoint, with politicians fighting to take away its protections and implying even darker conspiracies about the company as part of a protracted fight over Florida’s “don’t say gay” law.

Despite all that, Disney’s first-quarter earnings were stronger than expected, as the company added subscribers to Disney+ just as rival Netflix lost them.

In fact, the Disney+ service added nearly 8 million subscribers in the quarter, bringing the worldwide total up to 137.7 million, of which 44 million are domestic. According to CNBC, that number was higher than what analysts predicted.

“Our strong results in the second quarter, including fantastic performance at our domestic parks and continued growth of our streaming services—with 7.9 million Disney+ subscribers added in the quarter and total subscriptions across all our DTC offerings exceeding 205 million—once again proved that we are in a league of our own,” Bob Chapek, Disney’s CEO, said in the release.

“As we look ahead to Disney’s second century, I am confident we will continue to transform entertainment by combining extraordinary storytelling with innovative technology to create an even larger, more connected, and magical Disney universe for families and fans around the world.”

Revenues in the company’s direct-to-consumer business increased 23 percent to just under $5 billion, even as the division posted a financial loss. The Hulu service added 300,000 subscribers in the quarter, although the Hulu + Live TV vMVPD service posted a loss of 200,000 subscribers. And ESPN+ added around a million subscribers.

“The decrease at Hulu was due to higher programming and production, marketing and technology costs, partially offset by subscription revenue growth and higher advertising revenue,” Disney said in the investor letter. "The increase in programming and production costs was primarily due to higher subscriber-based fees for programming the Live TV service due to the carriage of more networks, an increase in the number of subscribers and rate increases. Subscription revenue growth was due to an increase in subscribers and higher average rates primarily due to increases in retail pricing.”

When Netflix announced in April that it had lost subscribers in a quarter for the first time in the streaming era, it led to concerns that other streaming services would suffer similarly, or even that the bet of billions of dollars placed by Hollywood on streaming may have been misplaced.

However, Disney’s earnings, and those of some of its competitors, have shown that those fears, at least for the moment, have not been realized.