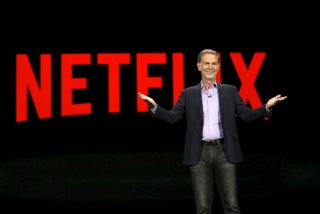 On Tuesday, Netflix released what may be the worst earnings report in the history of the company, revealing that it lost subscribers for the first time in more than a decade, with the loss of 200,000 subscribers in the first quarter of 2022. Just two years after the company showed unprecedented growth during the lockdown phase of the pandemic, Netflix has hit significant “headwinds,” the company said.

“Our revenue growth has slowed considerably as our results and forecast below show. Streaming is winning over linear, as we predicted, and Netflix titles are very popular globally. However, our relatively high household penetration—when including the large number of households sharing accounts—combined with competition, is creating revenue growth headwinds,” the company said in its investor letter.

The company also forecast that its losses will be even more significant in the next quarter. The report was enough to send the company’s stock down by double digits in after-hours trading.

In an “earnings interview” late Tuesday, Netflix’s co-CEOs discussed the earnings release, and also hinted at something—Netflix incorporating advertising in its offerings—that was considered unthinkable not long ago. The company also said it will pull back on its content spending.

“Those who have followed Netflix know that I have been against the complexity of advertising and a big fan of the simplicity of subscription," co-CEO Reed Hastings said in the interview, as transcribed by The Hollywood Reporter. “But as much as I’m a fan of that, I’m a bigger fan of consumer choice, and allowing consumers who would like to have a lower price, and are advertising tolerant, get what they want makes a lot of sense.”

Hastings added that the addition of ads is likely “a year or two” away. Several of Netflix’s competitors offer ad-supported tiers, while others, such as the popular Pluto TV, offer an entirely free and ad-supported product.

Netflix CFO Spencer Neumann also spoke on the call about what Netflix plans to do when it comes to spending.

Netflix attributed its sluggish performance to a variety of factors, including increasing competition from other services, the company’s pullback from Russia, and continuing password-sharing, which the company is beginning to crack down on after not doing so for many years.