Is a New War in the Middle East About to Erupt? 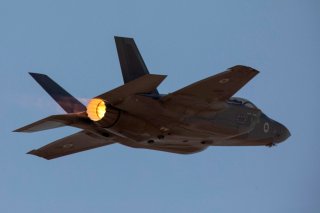 Militants in Gaza fired rockets into Israel on Monday, prompting retaliatory strikes from the Israeli Defense Forces. Jerusalem announced earlier that it had killed three Islamic Jihad commanders and another commander from Hamas. “Those who were eliminated were responsible for rocket fire by Palestinian Islamic Jihad (PIJ), including in the most recent round of escalation,” read a joint statement from the Israeli military and internal security service. The Israeli government added that it killed sixteen members of Hamas, with Prime Minister Benjamin Netanyahu noting “This is just the beginning. We'll hit them like they've never dreamed possible.” Shortly following the announcement, Hamas launched a new rocket barrage at the Israeli city of Ashdod and is reportedly preparing to strike the Tel Aviv area.

Both sides have reported numerous civilian casualties, with at least sixty-five dead in Gaza as of the time of writing. Hundreds of rockets have been fired from the Gaza strip, in what is the heaviest fighting between Israel and Hamas since the 2014 Gaza War. The Hamas and PIJ arsenal includes hundreds of rockets with ranges of under 100 km and dozens of rockets in the 100-160 km range, the latter being able to cover swathes of Israel. The militants have reportedly fired 500 rockets alone at a chain of towns on Israel’s coast, killing several civilians; much of the population of Tel Aviv has been evacuated into shelters.

But even as Israel continues to exchange rocket fire with Hamas and PIJ forces, a parallel threat has emerged from within the country’s borders. The past several days have seen a rising wave of clashes between Palestinians and Israelis within Jerusalem, including a violent confrontation between Palestinian activists and Israeli security forces at the city’s historical Al-Aqsa Mosque. Riots, brawls, vandalism, and widespread episodes of looting are being reported across the country, with some experts warning of a third Intifada, or Palestinian mass uprising against Israel. The central Israeli city of Lod was plunged earlier this week into what its Mayor described as a “civil war,” as Arab and Jewish residents clashed on the city streets. Israel’s Arab population overwhelmingly identifies as Palestinians, threatening an existential cleavage within Israeli society as the Gaza conflict festers.

For now, the prospect of direct external intervention into the Gaza conflict seems remote. Iran openly supports Hamas and continues to supply arms to the organization, but—despite the bluster and veiled threats coming from Tehran—an Iranian incursion into the Gaza strip remains impractical and tactically ill-advised for reasons previously detailed by The National Interest. Egypt, which played a pivotal role in brokering the 2014 ceasefire that ended the previous Gaza War, has again extended its offer to mediate the ongoing conflict. Israel’s airstrikes and measures to curb internal discontent from its Arab population have drawn criticism from a slew of Muslim countries, spearheaded by President Recep Tayyip Erdogan of Turkey. Erdogan recently called on the international community to “give Israel a strong and deterrent lesson,” and reportedly broached the idea of an “international protection force to shield the Palestinians” with Russia’s President Vladimir Putin.

Nevertheless, Jerusalem cannot conclusively rule out some form of foreign intervention in the longer term—especially if it fails to take swift and decisive action to de-escalate the ethnic conflict unfolding within its borders.