The Next Era of Combat Data Transmission Is Here 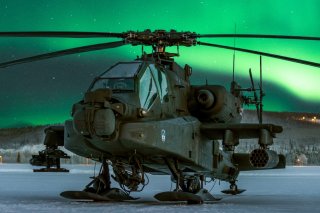 What if a unit confronting enemy fire in mechanized combat simultaneously receives critical data from each of these disparate transmission modes? What if each source includes elements of an overall combat scenario picture needed by battlefield commanders and decisionmakers? What if an older antenna, radar system, or computer cannot process data traveling on a different frequency or data format? This problem has challenged weapons developers for decades, however, the Pentagon is now achieving unprecedented breakthroughs using common internet protocol and technical standards to gather, translate, pool, organize, analyze, and transmit disparate sources of combat-critical sensor data, fire control systems, weapons, and large platforms.

One such effort is the Army's Project Rainmaker. Project Rainmaker is preparing for near-term multi-domain interoperability through the use of high-tech, computer-enabled “gateways” and working on new technologies intended to sustain modernization breakthroughs for decades into the future. How will information need to travel between future nonexistent platforms and transport layer technologies? How will it continue to achieve breakthrough speeds, distances, and transmission capabilities? Developers at Project Rainmaker are now developing what scientists call “data fusion.”

“The whole intent of Rainmaker was built on the idea of sharing information at the very lowest level, to help build on this infrastructure of machine learning as we go forward. So it can accommodate as new stuff arrives, right, as opposed to being more narrowly restricted,” Alan Hansen, Deputy Assistant Director for Information Dominance, U.S. Army DEVCOM C5ISR, Army Futures Command, told The National Interest in an interview.

“Using data fusion, you take different pieces of data and you correlate it, you combine the information into a single observation. Depending on what type of data that is, you may get a better observation based on different types of sensors for a different look at it from a different angle,” he added. “With a Data Fabric, I break it down into small pieces. And I may create a new methodology of decision making that we haven't ever done before.”

Hansen explained it in terms of an “interpretive” data layer able to combine and interconnect data from different incoming sensors traveling through various transport layers. It can also be tailorable, Hansen said, meaning it can be scaled to adjust to specific information-sharing needs and standards.

“Having a Data Fabric gives you the ability to kind of reinvent the way you want to exchange information. What type of information am I sharing and to whom, right? So these Data Fabrics give you this agility,” he explained.