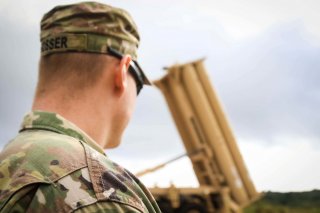 “With an estimated maximum value of $1.6 billion through fiscal year 2022, this contract award is structured to carry two designs into the technology development and risk reduction phase of the acquisition program to reduce technical and schedule risk,” read a Defense Department statement. “This award will ensure NGI is an efficient and effective part of an integrated Missile Defense System (MDS) solution,” the Pentagon added.

Both of the chosen designs will be carried into the technology development and risk reduction phase of the NGI program, part of the Missile Defense Agency (MDA)’s effort to foster a competitive procurement environment. Lockheed Martin received $3.693 billion to perform work through August 2025, while Northrop Grumman was awarded $3.932 billion through May 2026. That period will be followed by a final decision as to which of the two companies will be given the green light to build up to twenty new interceptors. Little has been confirmed about the current prototype designs, with executives from both camps remaining tight-lipped about their project progress.

The Next Generation Interceptor (NGI), described by the Defense Department as “an advanced interceptor designed to protect the nation against intercontinental ballistic missile attack,” is part of a broader effort by Washington to counter the threat from growing Russian and Chinese nuclear strike capabilities. “NGI is the result of the first holistic technical assessment of homeland defenses the department has conducted since initial system operations began in 2004,” added MDA director Vice Admiral Jon Hill. The NGI is expected to serve U.S. strategic missile defense needs “into the 2030s and beyond,” he noted. Air Force Gen. Glen VanHerck, commander of U.S. Northern Command and North American Aerospace Defense Command, previously told lawmakers that the NGI must come no later than 2028 in order to keep pace with the ballistic missile threats confronting U.S. assets and infrastructure.

Lockheed Martin and Raytheon lauded the Defense Department’s decision. “We are excited and proud the MDA entrusted Lockheed Martin to lead the development of this game-changing system that will greatly improve our nation’s security for decades to come,” Sarah Reeves, vice president of the NGI program at Lockheed Martin, told Defense News. The Northrop-Raytheon team struck a similarly celebratory tone: “We are honored to be selected by the MDA as prime contractor to develop the NGI system to protect our nation from advanced missile attacks,” said Scott Lehr, Northrop vice president and general manager for launch and missile defense.

Boeing, which occupied a longstanding role in the Pentagon’s missile defense efforts and previously submitted an NGI bid of its own, expressed disappointment that it did not receive the award. “Boeing is disappointed that the U.S. Missile Defense Agency did not advance our team to the next phase of competition in the development of the Next Generation Interceptor (NGI) competition,” read Boeing’s press statement. The company noted that it will “participate in the formal debrief session,” but did not specify the next steps.