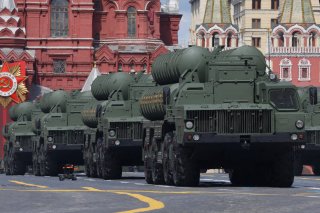 Russia celebrated Victory Day, a national holiday commemorating the Red Army’s defeat of Nazi Germany in the Second World War, on May 9.

Russian president Vladimir Putin defied the widespread expectations of Western officials that he would take the occasion to formally declare war on Ukraine, a decision that experts say could pave the way for the mass mobilization of reserve forces and draft conscripts.

Putin’s remarks contained little by way of Russia’s plans for the war in Ukraine, instead reiterating the Kremlin’s previously stated grievances with Kyiv and the West. The Russian leader accused the Ukrainian military of allegedly preparing for a major offensive into the pro-Russian Donetsk and Luhansk People’s Republics, leaving Russia no choice but to launch a preemptive strike to defend the breakaway regions. “The danger [to Russia] was increasing every day,” said Putin, citing Western weapons transfers to Ukraine and the deployment of military advisors on Ukrainian territory.

Putin likewise accused Ukraine’s military, buoyed by years of Western support, of planning to attack Crimea, which was annexed by Russia in 2014. "Everything indicated that a clash with neo-Nazis, Banderites [Ukrainian nationalists], on whom the United States and their younger partners counted on, would be inevitable,” Putin said.

"Russia repelled this aggression in a preventative way. This was the only correct decision, and it was a timely decision. The decision of an independent, sovereign and powerful nation," Putin claimed.

Russian state media and some Western sources said Ukraine’s armed forces would try to destroy targets within Russian or Russian-occupied territory on May 9, with Latvian military official Janis Slaidins reportedly surmising last week that Ukraine was planning to strike the Crimean bridge. Though the fighting rages on in the eastern Donbas region, reports of a major Ukrainian strike deep in Russian-held territory have not come to pass. The only recorded disturbance on May 9 came from Warsaw, where Russia’s ambassador to Poland was splashed with red paint by pro-Ukraine activists during a wreath-laying ceremony at a cemetery for Red Army soldiers who died in World War II.

The Immortal Regiment, a civil event in which participants carry the portraits of forebears who lost their lives on the Eastern Front during World War II, took place in Moscow. This year’s procession was joined by the families of Russian soldiers who have died over the course of Russia’s war in Ukraine, reflecting the Kremlin talking point that Russia is fighting to “liberate” Ukraine from the ultranationalists and “neo-Nazis” who have taken it hostage.