No Stealth for You: China Wants Its J-20 Fighter All For Itself 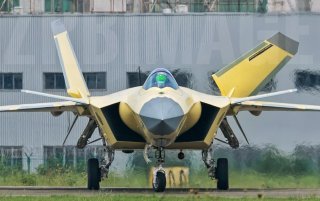