Nothing Can Truly Kill The A-10 Warthog 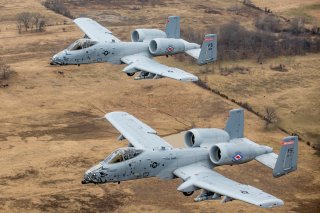 Here's What You Need To Know: The Warthog is getting new weapons and datalinks. This will keep America's best ground support aircraft going for years to come.