Oh the Secrets: The Air Force Has Some 'Transformational' Technology 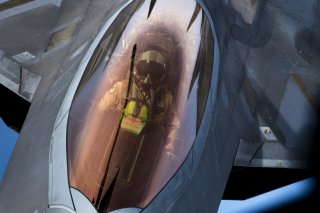 The Air Force Chief Scientist has a simple and familiar message to the force. And it centers upon new weapons, speed, and preparing for war with major rivals. Citing the recently released Air Force Science & Technology strategy, Dr. Victoria Coleman said the service has correctly placed a heavy and quite pressing emphasis upon leveraging, delivering, and preparing nearer-term “transformational” technologies to war.

This has been the case with the Air Force at large in recent years. The service has created things like fast-tracked 804 budget funding to accelerate prototyping. They have also pioneered the use of digital engineering to ensure new systems such as next-generation Intercontinental Ballistic Missiles (ICBMs), hypersonics and even a 6th-generation aircraft arrive well-ahead of schedule. Now, the service's science and technology division wants to more to fully incorporate the research, laboratory, and new innovation processes to an even greater degree. This is for a simple purpose: to stay ahead of very serious adversaries committed to rapid new weapons developments specifically intended to counter or rival U.S. systems.

Coleman had a number of ideas regarding how the U.S. can best get there by drawing upon what the Air Force Science and Technology (S&T) strategy calls “transformational” technologies. She pointed to a key breakdown articulated in the S&T strategy to include a key distinction between longer-term payoff efforts and nearer terms projects likely to quickly bring new systems to war. In many cases, such as with lasers, AI, or Quantum computing, there may be both long- and short-term applications and research applicable to both future advancements and earlier deployable break-off components.

“The goal of the strategy and what has been implemented is that twenty percent of the S&T budget is dedicated to transformational efforts,” Coleman added, explaining that the service is hoping to achieve change in five different domains. These include information sharing, rapid decisionmaking, speed and reach of destruction, and lethality,” Coleman told the Mitchell Institute for Aerospace Studies in an interview.

She described it as achieving an optimal balance of sorts between the importance of having a “grand vision” while also making sure to “deliver capability incrementally.”

Consistent experimentation, she argued, is the way to best expedite this process as new innovations can be “put into the hands of an operator” in small increments to find near-term spin-off possibilities and bring much-needed advanced weapons and technologies to war in the fastest possible way.

“If technology stays in my office it robs everybody of the opportunity to see the potential. We want to think ambitiously and deliver incrementally,” Coleman said.

While of course, the Air Force Research Lab (AFRL) has for many years had successes migrating technologies into operational use, and it is something which has definitely been receiving new pushes in recent years, Coleman’s point seems to be that there is substantial room for growth and that there may indeed be extremely impactful AFRL technologies, potentially able to deliver near term benefits, which might be being missed.

“We hope to have a Space Force and an Air Force that dominate time, space, and complexity across all operating domains,” Coleman said.