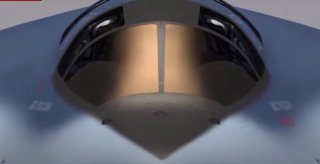 Russia’s aircraft industry is forging ahead with the construction of its next-generation PAK DA, in a bid to lead its NATO rivals in stealth bomber technology.

Earlier this summer, a defense industry insider source told Russian news outlet TASS that PAK DA’s design has been finalized: “the production of airframe elements will be handled by one of the United Aircraft Corporation (UAC)’s plants; development of working design documentation is complete, material shipping has commenced.”

The UAC is now in the process of constructing what seems to be the first PAK DA prototype. Component sourcing and pre-fabrication of smaller parts should be completed by 2021, according to TASS’ source. Recent reporting notes that significant progress has been made in constructing the cockpit.

It was revealed earlier that the Gorbunov Kazan Aviation Plant is preparing a test field for the upcoming prototype. The PAK DA will be launched in the same manufacturing plants as the Tu-160M2. According to a 2017 press conference by Defense Minister Yuri Borisov, the PAK DA is tentatively scheduled to hold its first flight in 2025 to 2026, with serial production planned from 2028 to 2029.

As is frequently the case with major military hardware projects, the UAC may very well opt to adjust this timeline depending on the unique challenges encountered during the prototype production phase. Sergei Kobylash, Commander of Russian Long-Range Aviation, noted that the Russian Air Force also has plans to acquire an unmanned strategic bomber by 2040, but it is unclear if that bomber will be based on the PAK DA’s design.

Whereas the bulk of Russia’s post-soviet aircraft modernization program generally seeks to iterate on tried-and-tested Soviet designs with weapons and avionics updates, Russia’s defense establishment has made it clear that the PAK DA is being built from an entirely new design.

The PAK DA’s specifications are shrouded in mystery, and liable to change as it enters serial production. As of the time of writing, Russian defense commentary has suggested an operational range of around 12,000 km, maximum payload of 25-30 tons, and subsonic speed. Russia’s Aerospace’s Forces (VKS) commander Viktor Bondarev offered key clarifying insight into the PAK DA’s design concept in a 2017 press conference: “It is impossible to build a missile-carrying bomber invisible to radars and supersonic at the same time. This is why focus is placed on stealth capabilities. The PAK-DA will carry AI-guided missiles with a range of up to 7,000 km. Such a missile can analyze the aerial and radio-radar situation and determine its direction, altitude and speed. We’re already working on such missiles.”

As a strategic bomber, the PAK DA will prioritize payload capacity, sophisticated weapons targeting/delivery systems, and deep penetration capabilities over raw speed and maneuverability. Little concrete information has emerged on the PAK DA’s new  “AI-guided missiles,” which reportedly have a range of up to 7,000 km and can switch targets mid-flight while also adjusting their flight path to circumvent radars.

The PAK DA is billed as a direct replacement to the 1950’s Soviet Tu-95 intercontinental missile platform, though it remains to be seen how it compares to Russia’s upcoming modernized Tu-160M2 and Tu-22M3M strategic bombers.