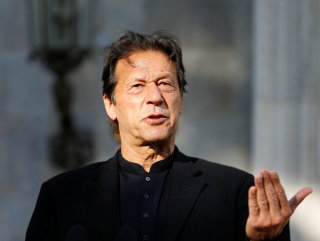 The Supreme Court of Pakistan ruled on Thursday that Prime Minister Imran Khan’s attempt to dissolve the country’s parliament in advance of its no-confidence vote against him was unconstitutional, restoring the parliament’s current session and clearing the way for it to remove him from office.

In a statement, the court declared that the attempted dissolution had been imposed “contrary to the constitution and the law,” and therefore that it had “no legal effect.” It explicitly ordered the parliament to reconvene on Saturday, April 9, to consider the no-confidence motion.

Khan had attempted to dissolve the parliament on Sunday, the same day that the no-confidence vote was originally scheduled to take place. In the aftermath of the dissolution, enraged opposition lawmakers staged a sit-in within the parliament building; lawyers for the opposition bloc also sued Khan, bringing the matter directly before the Supreme Court.

The court’s decision also effectively canceled Pakistan’s snap elections, which had been scheduled to take place within ninety days of the parliament’s dissolution.

In the run-up to the no-confidence vote, Khan claimed that it had been planned as part of an American-led conspiracy to unseat him because of his friendly ties with Russia and China. The deputy speaker of parliament, a member of Khan’s “Tehreek-e-Insaf” political party, cited the existence of an international conspiracy as a justification for the body’s dissolution.

Opposition leaders denied the involvement of foreign supporters, instead pointing to Khan’s declining popularity within Pakistan after a controversial tenure in office. The United States has also denied involvement, claiming neutrality in domestic Pakistani politics.

A former Pakistani cricket star, Khan was initially elected to lead the country in 2018 by a wide margin, and he retains a large base of support within the country. However, an economic downturn, rising living costs, and several political scandals have eroded his popularity, and several Tehreek-e-Insaf members of parliament announced their defections from his bloc in recent weeks, leading the opposition to gain a majority in parliament. Outside observers have also speculated that relations are fraying between Khan and the military, which remains a major player in Pakistani politics and has successfully overthrown the country’s civilian government on several occasions.

If Khan is removed from office by the no-confidence vote, the opposition bloc, led by the Pakistan Muslim League-Nawaz and the Pakistan Peoples Party, will vote on a successor, who will serve out the remainder of Khan’s term until new elections are held in mid-2023.

Throughout Pakistan’s turbulent political history, no prime minister has ever served a full term in office.