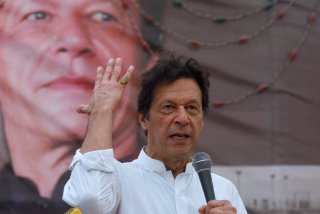 Pakistani prime minister Imran Khan triggered the country’s most significant political crisis in more than a decade by announcing on Sunday that he had dissolved the parliament in the run-up to a no-confidence motion against him that was widely expected to succeed.

Pakistan’s president, Arif Alvi, approved the dissolution at Khan’s request; following his approval, the assembly was shut down only moments before it was scheduled to open a vote on Khan’s premiership. Pakistani minister of state for information and broadcasting Farrukh Habib announced that all current members of parliament had lost their seats and will have to seek re-election in new elections that would be held within three months.

Although the dissolution was officially approved by National Assembly speaker Asad Qaiser, a member of Khan’s political party, the country’s opposition has described the prime minister’s move as blatantly unconstitutional and has vowed to contest it before Pakistan’s Supreme Court. The court is scheduled to hear the case on Monday; it is unclear when it will issue its ruling.

In protest of Khan’s decree, members of the opposition initially staged a sit-in inside the parliament building. Later, the group held an unofficial no-confidence vote against the Pakistani premier, which passed overwhelmingly due to the absence of his supporters.

In a statement, Bilawal Bhutto Zardari, the leader of the Pakistan People’s Party, said that the opposition was not opposed to new elections, but insisted on holding Khan’s no-confidence vote first in accordance with the parliament’s rules.

“We are ready for fresh elections, but we cannot allow violation of the rules and the constitution,” Zardari said.

Khan has argued in speeches before the Pakistani public that the no-confidence vote is part of a broader conspiracy led by the United States, which seeks to use the country’s political opposition to topple his government. Members of his party, including officials within the National Assembly, labeled the no-confidence vote a “foreign conspiracy” and attempted to block it. Although the Supreme Court is expected to resolve the issue, one side’s refusal to accept the court’s recommendation could still cause further instability. Observers have warned that Pakistan’s army could depose Khan and institute a military government if Khan and the opposition reach an impasse.

One worrying sign of such a possibility came on Sunday, when the military, which had tacitly allied with Khan earlier in his tenure, publicly distanced itself from his actions. “We have nothing to do with what has happened today,” the “Inter-Services Public Relations,” the PR wing of the Pakistani military, announced in a statement regarding the dissolution of parliament.