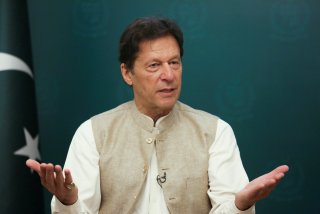 The Tehrik-i-Taliban Pakistan, or TTP, has ended its unilateral ceasefire with the Pakistani government, accusing Islamabad of betraying a peace agreement made with the group and promising a return to violence.

The ceasefire, initiated by the group one month ago on November 9, was put into place after its leaders indicated that the Pakistani leadership had opened negotiations with the group. Prior to those negotiations, the TTP had fought a low-level war against the government since 2007, centered in its unruly western provinces.

Voices within the TTP, however, indicated the group’s return to insurgency, announcing on Thursday that “it is not possible for the ceasefire to continue.” The group’s statement indicated six areas of initial agreement with the Pakistani government that it argued that Islamabad had not upheld, including its failure to release more than one hundred TTP prisoners on November 1 and its continuing to launch raids by Pakistani police.

For their part, observers have cautioned that the TTP seeks to implement an austere version of Islamic law similar to that practiced in neighboring Afghanistan from 1996 to 2001, which many Pakistanis, including most members of the country’s political class, oppose.

The Pakistani government has offered no comment on the development, although it had previously acknowledged that negotiations were taking place, with members of the recently victorious Afghan Taliban serving as mediators. Negotiations were incentivized in part due to the neighboring Afghan government’s fall to the Taliban in August, which was taken as a sign of the group’s strength and ability to accomplish military objectives. Although the Afghan Taliban and Pakistani Taliban are two separate organizations, they have an informal alliance and considerable ideological overlap, and many members have participated in both movements.

Although previous negotiations have taken place between the TTP and the Pakistani government, none have so far led to lasting peace or a meaningful resolution to the country’s conflict.

The TTP’s insurgency against the central Pakistani government has led to thousands of deaths on each side. The group has launched high-profile terrorist attacks against the central government; in one particularly infamous incident, TTP gunmen attacked a public high school in Peshawar, killing more than one hundred students and teachers. The group’s attacks have declined following a 2014 military operation pacifying the tumultuous North Waziristan district, a prior stronghold for the group’s activities, but they have continued on a lower level, aided by the difficulty in closing the border with Afghanistan.