Pay Attention: These Are the Submarines the U.S. Navy Needs 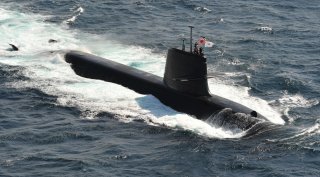