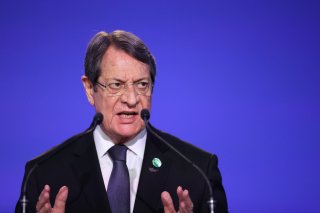 Four citizens of Cyprus, including the former leader of the country’s parliament, were charged over the weekend with attempting to privately sell Cypriot citizenship to a foreign donor, according to Al Jazeera.

The four men—tentatively identified as former President of the Cyprus Parliament Demetris Syllouris, former MP Christakis Giovani, businessman Antonis Antoniou, and lawyer Andreas Pittadjis—are scheduled to stand trial in Nicosia, the country’s capital, on September 12. The four were arrested after an expose by the Qatari state-run news organization, in which they were recorded requesting more than $2 million from undercover reporters posing as representatives of a fictitious Chinese fugitive in exchange for granting him citizenship. Although the investment-for-citizenship program, officially titled the Cyprus Investment Program (CIP), was legal at the time, criminals were forbidden from participating, and the four men’s suggestion that they could nonetheless assist the anonymous fugitive—titled “Mr. X” in the report—and adjust the name on his passport to evade international law enforcement led the island’s attorney general to charge them with conspiracy to defraud the state.

Shortly after the documentary was published, the Cypriot government canceled the CIP program and announced a full investigation into the men identified, leading Syllouris and Giovani to resign from office. All four have since denied wrongdoing.

Cypriot citizenship is particularly valuable because the country is a member of the European Union (EU), meaning that all of its citizens have the right to work or live in any of the twenty-seven EU member states. From 2017 until 2019, the CIP program accepted more than 1,400 applications, including several dozen with criminal backgrounds or connections to foreign governments, which under EU guidelines is considered a red flag for involvement in bribery or money laundering.

An inquiry into the investment-for-citizenship program conducted by the Cypriot government in 2021 revealed that of the 6,779 approved applications from 2007 through 2021, more than half should not have been accepted based on the program’s rules. The vast majority of unlawfully approved applicants were Russian, according to government sources.

Although Cyprus’s citizenship-by-investment program is no longer in effect, other EU countries, including Malta, Portugal, and Greece, offer similar programs. While the United Kingdom is no longer in the European Union, its Golden Visa program also attracted considerable foreign investment, leading to similar concerns of money laundering and undue foreign influence and ultimately causing the program to be scrapped in February.