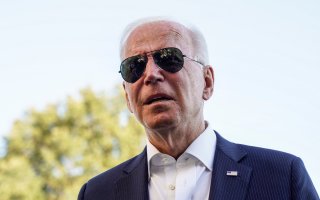 The Department of Defense announced in late December that U.S. troops living in fifteen “metropolitan areas,” as well as twenty-one other counties, across the continental United States would no longer receive a cost-of-living adjustment, or COLA, as of January 1, 2022.

The “Continental United States Cost-of-Living Allowance” (CONUS-COLA) is designed to ensure that troops living in different areas are paid roughly the same amount after their expenses. An independent contractor is hired by the Pentagon to re-evaluate the COLA each year and make changes as needed based on price adjustments across the country—accounting for factors including local and state taxes, the costs of goods and services, and transportation costs, according to Stars and Stripes.

According to the Pentagon’s guidelines, a COLA stipend kicks in when an area’s cost of living is eight percent or more higher than the national average. The amount of extra money that servicemembers receive is tied to their location, pay grade, and dependency status, as well as their ability to access military facilities such as commissaries and exchanges. The cost-of-living offsets range from roughly $20 per month for junior members without dependents to $60 per month for experienced members with dependents.

Under the new rules, 6,000 U.S. troops will continue to receive stipends across the six most expensive metropolitan areas and twenty non-metropolitan counties in the contiguous United States. These areas include New York City and Long Island, New York; Boulder, Colorado; and San Francisco, California; the largest COLA adjustment is currently in New York City, where troops receive a seven percent annual bonus to offset the cost of living in the most expensive city in the United States. That bonus will remain intact on January 1, although the increase will be lowered to six percent per year.

The Pentagon has allocated $8.5 million to CONUS COLA stipends in 2022—a minuscule fraction of the $777 billion it is slated to receive from Congress after President Joe Biden signs the National Defense Authorization Act omnibus bill for 2022.