The P.R. Machine Behind the F-35 Stealth Fighter 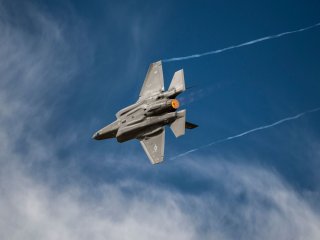 In March 2020 U.S. plane-maker Lockheed Martin delivered the 500th F-35 Joint Strike Fighter. The single-engine stealth fighters by then had wracked up 250,000 flight hours in service with the air arms of the United States, the United Kingdom, Israel, Japan and many others.

Despite lingering design and technical flaws and softening support inside the U.S. Marine Corps, the F-35 as a program is safer than it’s ever been from deep cuts, to say nothing of outright cancelation.

But that wasn’t always the case. For decades Lockheed has fought to protect the F-35 and the hundreds of billions of dollars in revenue it represents. Incidents in 2011 and 2012 revealed the lengths the company would go to.

Sometime in the spring of 2012, Al Bunting received a message imploring him to publicly endorse the F-35.

Bunting, a retired senior Air Force officer and administrator for the tiny New Jersey coastal town of Sea Girt, was not alone. Across the Garden State in 2011 and 2012, government officials, political organizers and even religious leaders received similar messages, all asking for the recipient to speak out on behalf of Lockheed’s Joint Strike Fighter. The plane had run into serious technical problems that heaped cost and delays onto the program, and needed a public boost.

The messages were just one facet of a high-stakes public relations campaign, paid for by Lockheed and overseen by an interlocking network of powerful P.R. firms. The paid, pro-F-35 advocacy also involved, to some extent, a mysterious blog with access to suspiciously high levels of F-35 testing data.

The message to Bunting worked. The retired officer endorsed the F-35, despite the jet’s problems. So did the New Jersey state assembly, in a June 2011 resolution calling on the U.S. Congress to fully fund the F-35. The resolution, supported by lawmakers who had received funds from Lockheed’s P.R. reps, used language provided by the reps.

Bunting, a retired Air Force colonel and former assistant to the head of the New Jersey National Guard, said the message asking him to speak up in favor of the F-35 came from someone named Brian Dickerson. Bunting said he’s not sure who Brian Dickerson is or what interest he represents. “I think the military referred him, not Lockheed Martin.”

In any event, Bunting agreed to look into the new warplane and consider endorsing it. Bunting, a local government official, stressed that he did his research on his own time and received no compensation. When this reporter called him at his Sea Girt administrative office, he even said he would spend an extra few minutes at work to make up for the time he was spending talking to me. “It was on the up and up,” he said of his interaction with Dickerson.

Bunting said he had assistants who did his research for him. Weighing their findings, Bunting decided he could get behind the F-35. In the summer and fall of 2012, he penned at least two letters to local newspapers, highlighting the need to replace the New Jersey Air National Guard’s aging F-16s and the potential economic impact in the Garden State of continuing F-35 development, which Bunting estimated as “$114 million annually and nearly 1,000 direct and indirect jobs.”

Bunting was not aware at the time of writing that his researchers apparently got those figures from a Lockheed Martin website. Nor was he aware that Brian Dickerson is apparently an employee of Winning Strategies, a Newark-based P.R. firm hired by Lockheed to lobby “local, regional and state political leaders as well as non-traditional supporters” including clergy, according to the firm’s website, a part of which has been recently yanked from the internet.

Bunting also did not know that Winning Strategies’ own website acknowledged the half-truths of its own messaging. One company web page, which is no longer searchable in Google, described Lockheed’s F-35 “production and vendor/supplier footprint” in New Jersey as “limited.”

Lockheed and Winning Strategies, contacted by phone and email, declined to confirm Dickerson’s identity or to comment on any aspect of this story. Lockheed said its P.R. efforts are “proprietary.”

In 2011, Winning Strategies approached members of the New Jersey assembly with the same claims Bunting had parroted in his letters to the editor: that the F-35 was the best replacement for New Jersey’s F-16s. That the new warplane program would feed many tens of millions of dollars per year into the state economy and support 1,000 jobs.

In June of that year, 73 members of the assembly voted in favor of ACR 196, a non-binding resolution “memorializ[ing] Congress to recognize [the] importance of F-35 aircraft and support full funding of F-35 Lightning II Joint Strike Fighter Program.” Six members did not vote. No one voted against it.

The resolution bears Winning Strategies’ fingerprints. Whereas Bunting’s researchers had apparently borrowed figures from a Lockheed website, the authors of ACR 196 cited numbers published on (and later pulled from) the Winning Strategies website. The web page claimed the F-35 would support “nearly 1,000 direct and indirect jobs” plus $63 million in annual economic impact “directly associated with 51 in-state suppliers.”

The resolution uses the exact same numbers and phrasing.

(Winning Strategies’ national influence, via its Washington, D.C. branch, is far greater. It’s made lobbying and political contributions totaling more than a million dollars since 2002, spent mostly on national legislators from New Jersey.)

Moriarty said he does not know who Winning Strategy is. There is “no connection” between the firm, its contributions and his “yes” vote on ACR 196, which he stressed had unanimous support. “I don’t vote for anything based on what a lobbyist or P.R. firm says,” Moriarty said.

Brian McGinnis, a spokesman for Greenwald, said his boss “voted for the resolution on the merits—specifically the estimated 1,000 direct and indirect jobs as well as $60 million economic benefit the program would bring to New Jersey.”

As long ago as 2013 it was no longer clear whether Winning Strategies was still involved in promoting the F-35 in New Jersey. The company website referred to its work for Lockheed in the past tense.

But Lockheed’s P.R. and lobbying efforts in support of its biggest (and arguably most troubled) program continue through other means. The company spends millions of dollars a year on lobbying and additional millions in direct contributions to candidates and political committees.

At the opposite end of the influence spectrum, Lockheed tries to shape the online conversation about the F-35, indirectly adding its voice to the sometimes chaotic back-and-forth between aviation enthusiasts, pilots, engineers, academics and journalists on blogs and Internet forums and in the comment sections of news stories.

In the summer of 2012 reporters in the defense trade press received emails from someone named Sarah Santucci. The messages announced supposed good news about the F-35 and, as proof, linked to a blog.

An email from Santucci dated June 8, 2012, was typical. “Interesting info this week released on the F-35 testing schedule,” she wrote, “showing they are actually exceeding all their testing goals for May, with 108 test flights (77 were planned). Lots of good info wrapped up in this post.”

Santucci did not identify herself in the message, but her email address (and a quick Google search) revealed her affiliation. Santucci worked for Villageous, an Arizona-based P.R. firm. The Villageous website listed her specialties as “driv[ing] online strategy for corporate clients and grassroots issue campaigns, including using the latest social media tools and platforms to amplify messages across online communities.”

The Villageous website also described Santucci as a former employee of the DCI Group, a P.R. firm with offices in Washington, D.C., Houston and Brussels. DCI Group had ties to Winning Strategies. In 2011 and 2012 Winning Strategies paid DCI Group a total of $50,000 for lobbying.

There’s nothing unusual or sinister about P.R. reps sending emails to reporters. But the blog Santucci encouraged reporters to check out was both sinister and very strange.

Called “Why the F-35?,” the Blogspot-hosted blog launched in May 2012. It stood out for its singular focus on the F-35, its aggressive pro-Lockheed stance and the shadiness of its purported author, who called himself “Barry Graff.”

Graff’s Blogspot profile was essentially blank. The email address he listed was inactive. A Twitter account linked to the blog had 6,100 Tweets attributed to it—every one of them about the F-35. The account went idle in 2013.

A Google search for the term “Barry Graff” turned up businessmen in San Diego and New York City but no one with any association to, or interest in, the F-35. “Why the F-35?” linked to just three other websites: two other pro-F-35 blogs and the official website of the Joint Strike Fighter program.