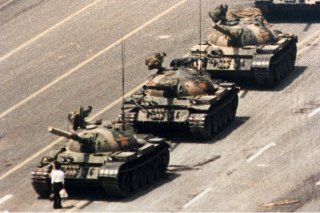 A Hong Kong court has convicted three prominent pro-democracy activists, including media mogul Jimmy Lai, for their roles in leading an annual vigil commemorating the Tiananmen Square massacre in China, which took place on June 4, 1989.

The annual commemoration has been illegal since 2020 when attendance was banned in response to the coronavirus outbreak.

Lai and fellow activist Tonyee Chow Hang-tung were convicted of inciting others to take part illegally in the vigil. The third defendent, Gwyneth Ho, was convicted of participating in an “unauthorized” assembly, alongside Chow.

Lai was initially arrested in August 2020, when he was charged for his role in organizing the protest under the country’s 2020 national security law. Although he posted bail in August, it was revoked again in December, and Lai has remained imprisoned since then. He was separately sentenced to fourteen months in prison in April for his role in organizing a different protest.

That law, which the pro-Beijing government of Hong Kong initially attempted to introduce in March 2019, led to nearly a year of massive protests and a landslide victory for pro-democracy candidates in the country’s November 2019 local elections. The protest movement was briefly dispelled with the onset of the coronavirus; in June 2020, the National People’s Congress in Beijing unilaterally adopted the national security law and cracked down on subsequent protests, leading to a wave of emigration from Hong Kong.

Prior to his arrest and detention, Lai was the owner of the Apple Daily newspaper, one of the most popular Chinese-language newspapers in Hong Kong. The paper was forced to close in 2021 after the Hong Kong government seized its assets under the national security law, although its Taiwanese branch remains active.

The law has been used to suppress pro-democracy events, particularly those surrounding the Tiananmen Square massacre, which remains subject to extreme censorship within China. In September 2021, the “Hong Kong Alliance in Support of Patriotic Democratic Movements of China,” on which Chow served as vice-chair, dissolved after authorities threatened to prosecute its members under the national security law. That organization, which was founded in the aftermath of the massacre, had organized annual vigils commemorating it since 1990.

Ho, a pro-democracy activist and opposition candidate, was arrested in January 2021 along with forty-six other opposition figures. The group was charged with organizing informal primaries to narrow its candidates for the territory’s ruling Legislative Council, a practice illegal under Hong Kong law.

Elections for the Legislative Council are scheduled for December 19. The electoral procedures have been overhauled since the onset of the protests; while the size of the legislative body has been expanded, the number of directly elected seats has been reduced, and a vetting committee has been established to disqualify “unpatriotic” candidates from taking office.